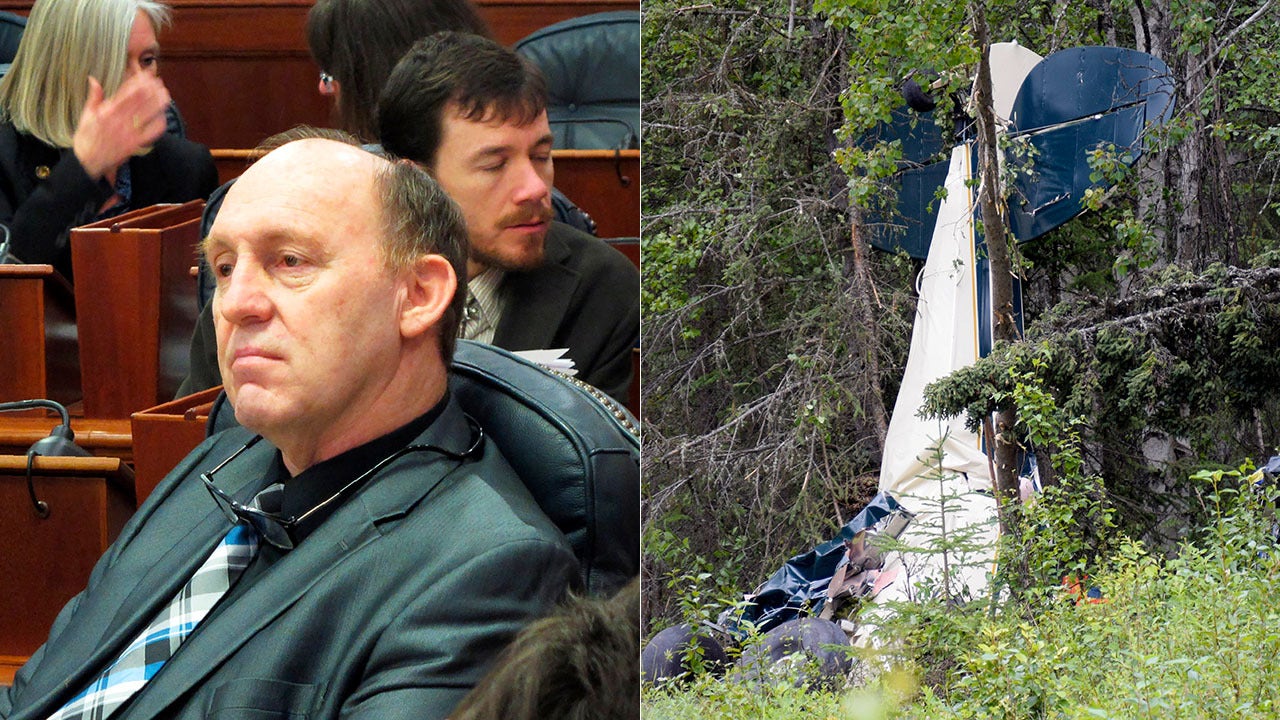 ANCHORAGE, Alaska — Seven people, including an Alaska state lawmaker, died Friday when two small airplanes collided in midair near the airport in Soldotna, a small community on Alaska’s Kenai Peninsula.

Gary Knopp, 67, of Kenai was the sole occupant of one plane.

Rita Geller, who works at a golf course near the airport, said she started running when she heard the planes hit, and watched one fall to the ground,.

Peter Micciche said in a statement.

Gary has served the Kenai Peninsula community for decades.

At right, the crumpled remains of one of the planes are seen outside Soldotna, Alaska.

Knopp’s family as they mourn his untimely passing,” Dunleavy said in a statement.

“Throughout his 42 years on the Kenai Peninsula, Gary became well known as an avid outdoorsman, a skilled pilot, and a dedicated public servant.

The Federal Aviation Administration initially said the two planes involved were a single-engine de Havilland DHC-2 Beaver and a twin-engine Piper Aztec, However, the FAA later said it did not believe the second plane was a Piper Aztec, but it had not yet confirmed the make and model of the airplane involved.

Knopp was first elected to the state House in 2016, and served for years before that on the Kenai Peninsula Borough Assembly