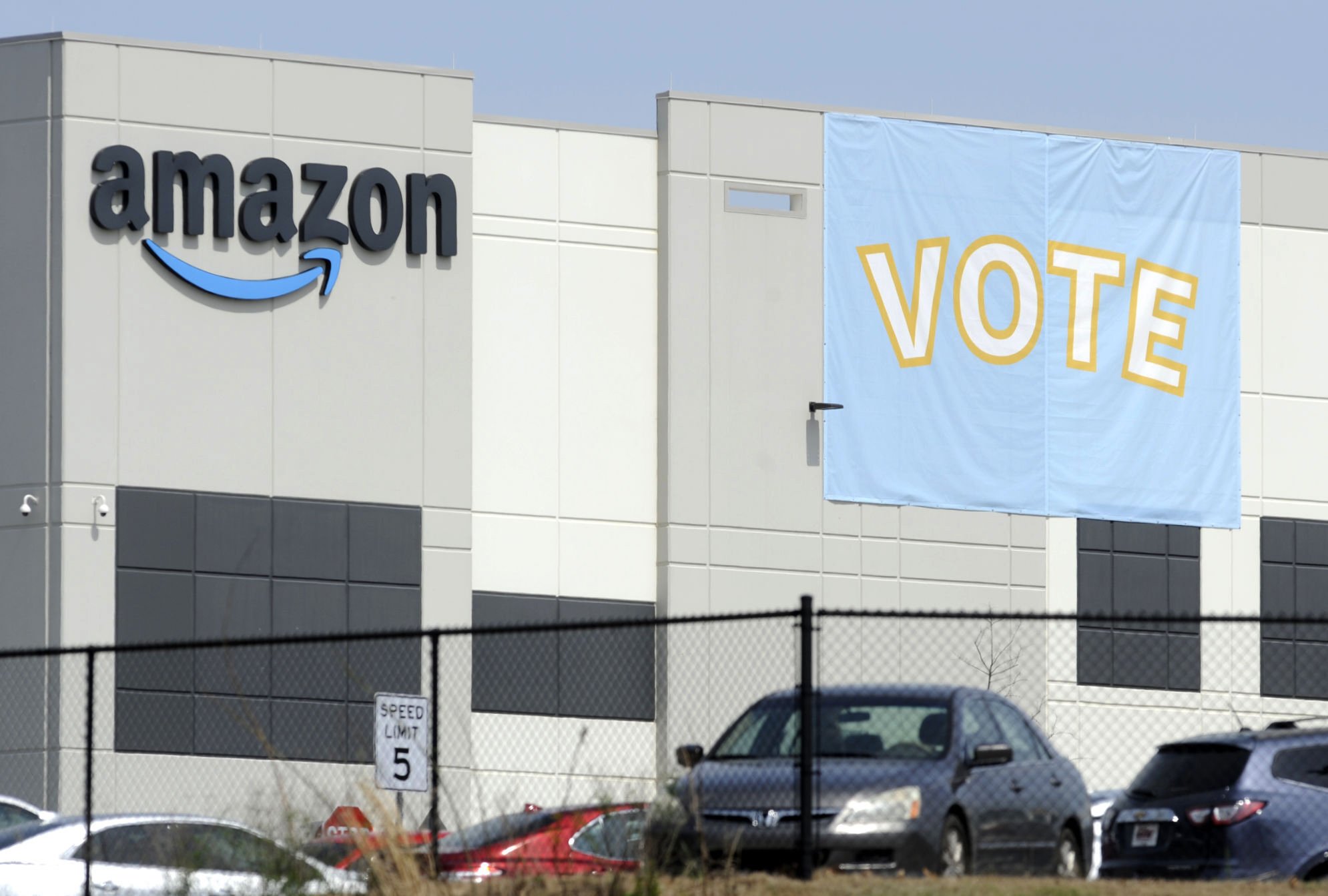 Apr 09, 2021 1 min, 46 secs
Workers at an Amazon warehouse in Bessemer, Alabama handed the online retail giant a decisive victory when they voted against forming a union and cut off a path that labor activists had hoped would lead to similar efforts throughout the company and beyond.After months of aggressive campaigning from both sides, 1,798 warehouse workers ultimately rejected the union while 738 voted in favor of it, according to the National Labor Relations Board, which is overseeing the process.Of the 3,117 votes cast, 76 were voided for being filled out incorrectly and 505 were contested by either Amazon or the Retail, Wholesale and Department Store Union, which led the organizing efforts in Bessemer.

But Bessemer was always viewed as a long shot since it pitted the country’s second-largest employer against warehouse workers in a state with laws that don’t favor unions.

The organizing efforts in Bessemer coincided with protests happening throughout the country after the police killing of George Floyd, raising awareness around racial injustice and further fueling frustration over how workers at the warehouse — more than 80% who are Black — are being treated, with 10-hour days of packing and loading boxes and only two 30-minute breaks.

In a press conference held by Amazon, four workers at the Bessemer warehouse said talk of mistreatment by the company was the opinion of a few workers, not all of them.“We’re really sorry that their experience hasn’t been the same as ours,” said Will Stokes, one of the warehouse workers who voted against the union.The organizing effort inside the Bessemer warehouse began last summer when a group of workers approached the RWDSU about forming a union.

Amazon hung anti-union signs throughout the warehouse and held mandatory meetings to convince workers why the union was a bad idea.