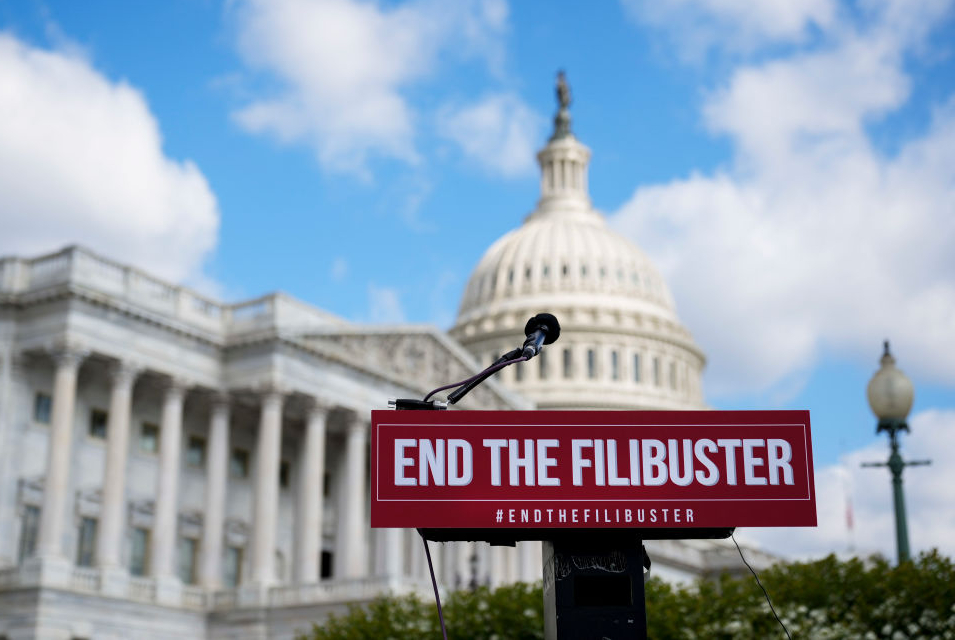 Jun 10, 2021 38 secs
voters asked considered themselves pro-filibuster, while 27 percent said they were opposed to the rule.When a separate group of voters were asked whether they believed legislation should pass with a simple majority or a super majority of at least 60 votes, only 38 percent favored the 60-vote rule.Forty-five percent said they favored bills passing with a simple 51-vote majority in the upper chamber, putting their stance at odds with the requirement set out by the filibuster rule.The remaining 17 percent of voters in the second group said they did not know whether they favored a simple majority or a super majority for the passage of legislation.

Almost six in ten (59 percent) said they were pro-filibuster, and more than half favored a supermajority for bills to pass the Senate.