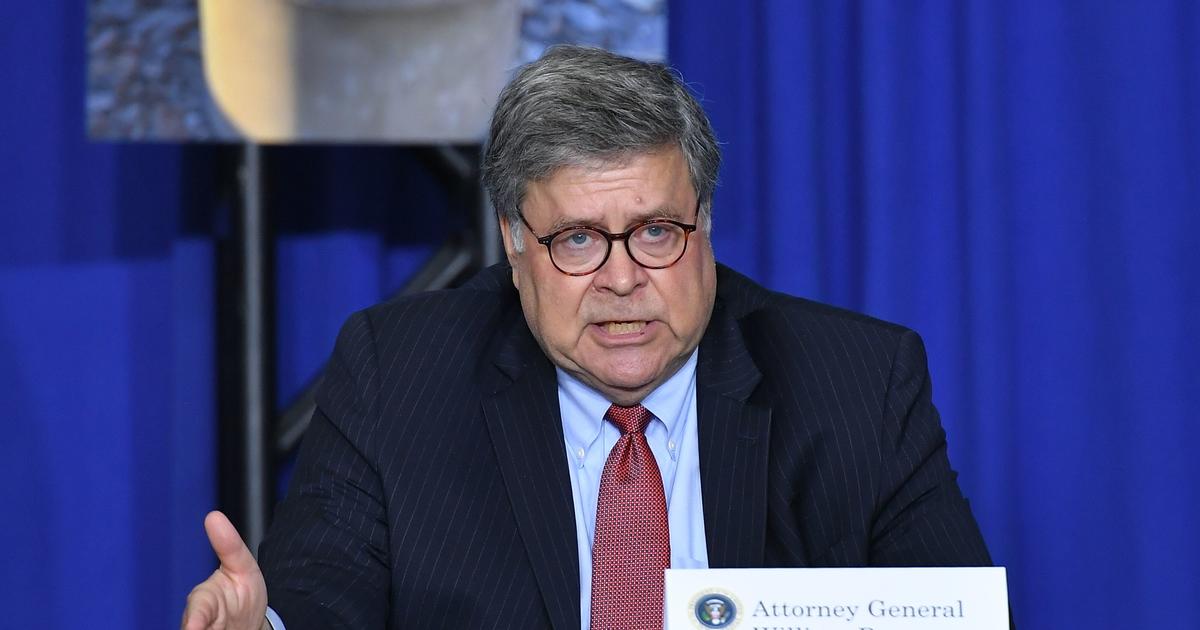 Washington — Attorney General William Barr compared stay-at-home orders issued by governors to mitigate the spread of coronavirus to slavery, and dismissed the Black Lives Matter movement as exploiting the deaths of Black people at the hands of police for political gain.

Dozens of states issued stay-at-home orders earlier this year to help stop the spread of the virus, which has since killed nearly 200,000 Americans.

A small number of Blacks that are killed by police during conflict with police, usually less than a dozen a year who they can use as props to achieve a much broader political agenda," Barr said.

The country has been roiled with protests in recent months after the high-profile killings of Black Americans at the hands of police officers.

Police departments are not required to report comprehensive data on police killings, but researchers have compiled statistics showing Black Americans are more likely to die at the hands of law enforcement than White people.

One study published in 2018 found that Black men are roughly 3.5 times more likely to be killed by law enforcement than White men. Another study released in 2019 found that one in 1,000 Black men in the U.S.

can expect to die at the hands of police over the course of their lifetimes.

Trump, who appeared to bristle during an interview with CBS News earlier this year when asked why Black Americans are "still dying at the hands of law enforcement in this country."?