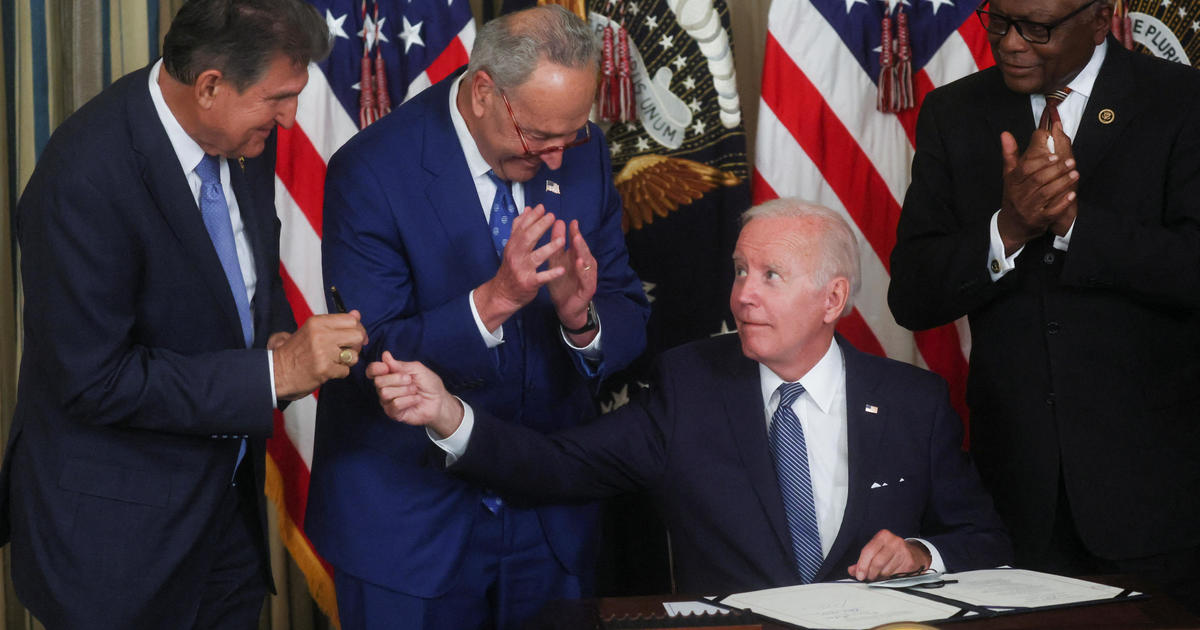 Joe Manchin and Senate Majority Leader Chuck Schumer struck a deal after many months of negotiations.

Biden told the crowd assembled at the White House.

Schumer, too, praised the president for steering the the Inflation Reduction Act across the finish line6

The announcement of an agreement between Manchin and Schumer last month came as a surprise to many Democrats.The president signed the bill after returning from vacation in South CarolinaIn the weeks ahead, the White House says the president will travel across the country to articulate how the bill will help Americans

Still, the White House points to a letter signed by more than 120 economists promoting the bill and insisting it will put "downward pressure on inflation by reducing the government's budget deficit by an estimated $300 billion over the next decade."

3 Artemis I: A fire at NASA Kennedy gives the long-delayed Moon mission its latest twist - Inverse