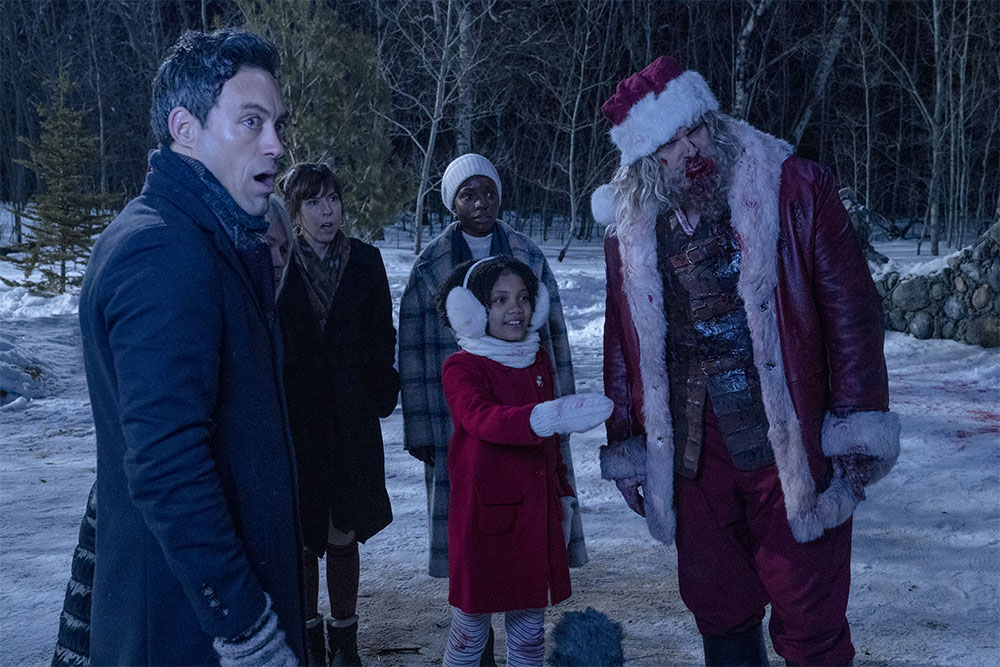 The good news: Tommy Wirkola’s holiday-themed action-thriller Violent Night scared up a solid $13.3 million from 3,682 theaters in its box debut, while holdover Black Panther: Wakanda Forever continued to be a crowd-pleaser in topping the chart with $17.6 million from 3,855 locations.

Overseas, the Marvel superhero sequel, directed by Ryan Coogler, added $20.2 million to its coffers for a foreign tally of $339 million and $733 million globally.

Overseas, Wirkola’s film opened to $7 million from 72 markets for a global start of $20.4 million.

While the company didn’t report grosses, Glass Onion opened to a robust $13 million or more from fewer than 700 theaters, according to multiple sources with access to numbers.

Disney’s family animated pic Strange World continued to struggle in its second weekend, earning a mere $4.9 million from 4,174 cinemas for a 12-day domestic total of $25.5 million and $42.3 million worldwide.

Back on the top 10 chart, Fathom Events’ special showing of I Heard the Bells, about the story behind the famous Christmas poem, earned nearly $2 million from 955 theaters for the three-day weekend to place No

1 Ozzy Osbourne cancels all shows, says his touring career is over - CNN

8 Bracketology: Texas jumps up to a No. 1 seed, bumps Arizona off top line in NCAA Tournament projection - CBS Sports