Carbon-rich alien planets could be made of diamonds - Space.com 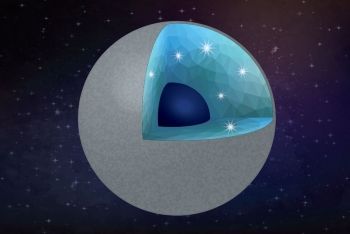 With the right conditions like the presence of water heat and pressure, exoplanets with high concentrations of carbon could turn into diamonds, scientists found in a new study.

These exoplanets could also form silica, an oxide of silicon that is found as quartz in nature, the researchers added.

So, while Earth has a low diamond content (about 0.001%), carbon-rich exoplanets could be diamond-heavy, researchers said in the same statement!

To test how and if such planets could form diamonds (and silica), scientists mimicked the interiors of carbon-rich exoplanets in the lab.

They did this using high heat and high-pressure diamond-anvil cells (high-pressure devices used to compress small pieces of material to extreme pressures.) The researchers then submerged silicon carbide, which is made up of silicon and carbon, in water and compressed it to high pressures between two diamonds.

The researchers estimate that most carbon-rich planets like this would not be especially geologically active, which could make their atmospheres inhospitable to life, according to the statement. .

"The more we learn, the better we'll be able to interpret new data from upcoming future missions like the James Webb Space Telescope and the Nancy Grace Roman Space Telescope to understand the worlds beyond on our own solar system.".