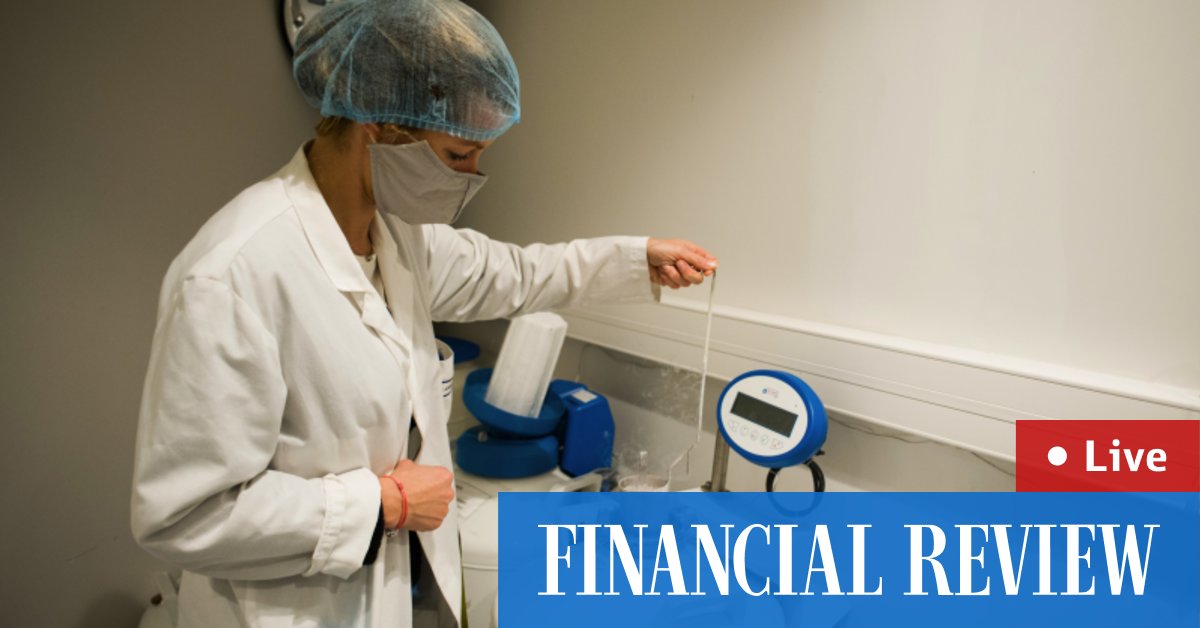 Dec 01, 2020 2 mins, 36 secs
European regulators may approve a coronavirus vaccine developed by drugmakers Pfizer and BioNTech within four weeks, the EU’s drug agency said Tuesday, a time frame that could mean the shot is rolled out first in the United States and Britain.The European Medicines Agency plans to convene a meeting by December 29 to decide if there is enough safety and efficacy data about the vaccine for it to be approved, the regulator said.German pharmaceutical company BioNTech and its US partner Pfizer said earlier Tuesday that they had asked the European regulator for expedited approval of their vaccine.

Rival Moderna said Monday it was asking US and European regulators to allow the use of its vaccine.

The S&P 500 and the Nasdaq hit record highs on Tuesday as hopes that a COVID-19 vaccine will be available soon and better-than-expected factory data from China bolstered bets of a speedy economic recovery.Pfizer gained about 5 per cent as the drug maker and Germany's BioNTech SE sought emergency approval of their vaccine candidate from the European regulator.French President Emmanuel Macron said on Tuesday that France should be in a position to embark on a broader COVID-19 vaccination campaign between April and June next year."There will be a first phase that will start as soon as possible, meaning when approvals are in from European health authorities and doses are supplied," Macron said, adding that figuring out the logistic of this first campaign would be complex, in part due to the very cold conditions needed to store some vaccines.Seventy-six Catholic nuns have tested positive for COVID-19 after an outbreak at a Franciscan convent in northwestern Germany, church authorities said Tuesday.Overall in Germany, 13,604 more people tested positive over the last 24 hours and 388 others died of COVID-19, the country's national disease control centre, the Robert Koch Institute, reported.Seven-times Formula One world champion Lewis Hamilton said he was devastated after testing positive for COVID-19 and being ruled out of Sunday's penultimate race of the season in Bahrain.The sport's most successful driver of all time, with a record 95 wins and 98 pole positions, said on social media that he had tested negative three times in the past week but woke up on Monday with mild symptoms.The Briton said he then requested another test which came back positive and he immediately started a 10-day self-isolation, ruling out the Sakhir Grand Prix and raising doubts about the Abu Dhabi finale on the following weekend.Mercedes said he tested negative at the circuit on Sunday afternoon but he had been informed on Monday that "a contact prior to arrival in Bahrain had subsequently tested positive.".In Hawaii, the mayor of Hawaii County said trans-Pacific travellers arriving without a negative COVID-19 test must quarantine for 14 days, and even those who have tested virus-free may be randomly selected for another test upon arrival.