From the Editor's Desk: Making sense of the Google Pixel Tablet - Android Central 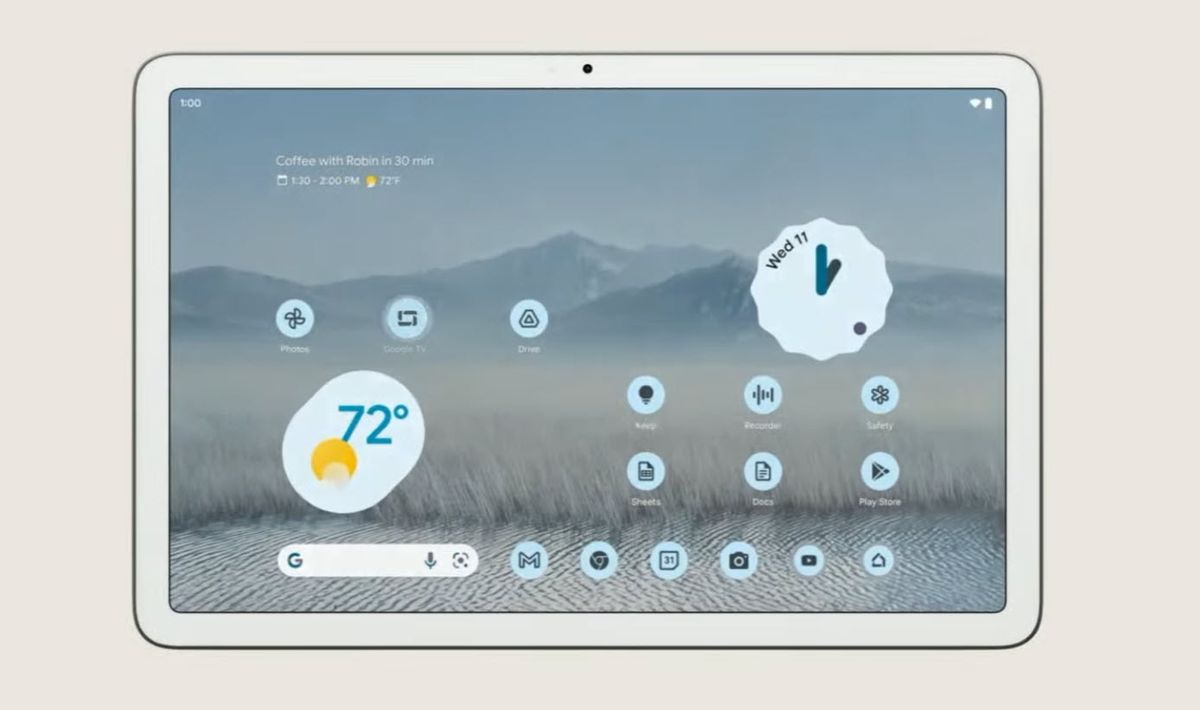 May 22, 2022 1 min, 55 secs
Google's developer conference has often hosted consumer hardware launches, but between the Pixel 6a, Pixel Buds, Pixel 7 series, and Pixel Watch, this keynote felt like it was aimed at Pixel fans just as much as software engineers.

Google hasn't officially named this new slate just yet, instead calling it simply "our Android tablet." Thanks to renders revealed on-stage, we know more or less what it'll look like, and that it'll use a Google Tensor processor — although it's unclear whether this will be the current, first-gen Tensor from the Pixel 6, or the second-gen SoC that's headed to the Pixel 7 series.

This doesn't look like a device to challenge the best Android tablets.

In fact, the entire thing looks like someone just grabbed a Pixel 5 and stretched it out into a widescreen tablet form factor.

So it's hard not to look at a tablet like this and wonder what the point is — both in Google announcing this thing in mid-2022 and it existing to begin with.

Neither the company nor Android itself has a stellar track record when it comes to tablets, and the Pixel tablet looks very much like just another Android tablet.

There are reasons to suspect this tablet might be different, though, and more commercially successful than flops like the Nexus 9 and Pixel C.

Firstly, Google's decision to show the Pixel tablet for the first time at I/O is a statement of intent around the future of Android tablets.

Many of us have assumed, however, that any benefits for Android on tablets will merely be a side effect of Google chasing the foldable market.

The design of the slate is arguably closer to Google's Nest line of smart home products than its Pixel smartphones — the bright white front face matches right up with the current Nest Hub Max.

Google has been adding more tablet-style UI elements to smart displays over the past year, so a full-on Nest Tablet capable of pulling double duty as a smart display would make a lot of sense for the Google ecosystem!