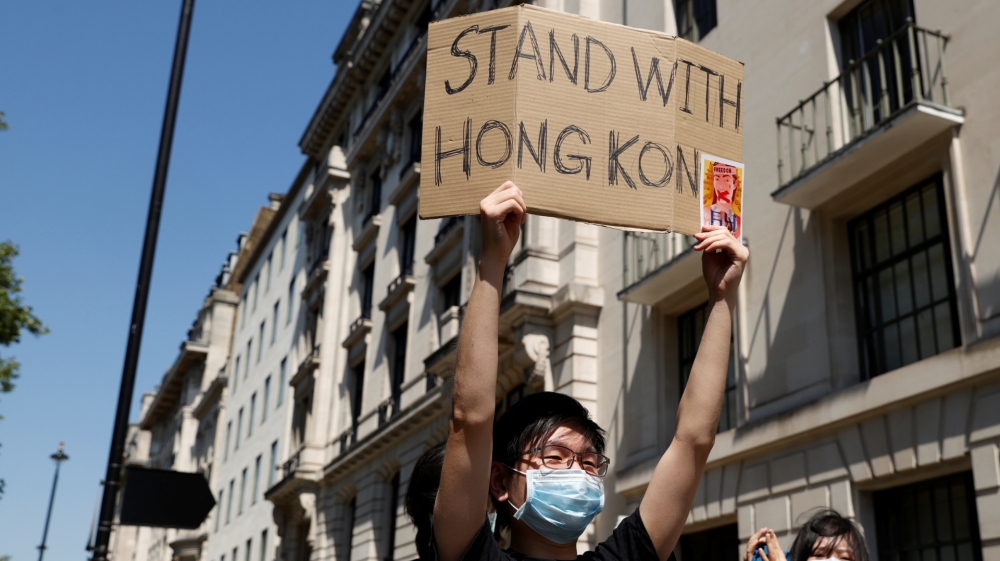 Police in Hong Kong have ordered the arrest of several pro-democracy activists living in exile on suspicion of violating a China-imposed national security law, according to Chinese state media.

The arrest warrants mark the first time that the city's police have used the extraterritorial power in the new law to go after activists who are not in the semi-autonomous Chinese territory. .

He said on Facebook the "wanted bulletins", recent arrests, and mass disqualifications of pro-democracy activists from a now-delayed election are "indications of our need to remain active on the global stage".

Al Jazeera's Divya Gopalan, reporting from Hong Kong, said the arrest warrants on Friday was a strategic move by China. .

So its sending a very clear message that it has control over Hong Kong people, no matter where they are," she said.

No matter where you are, who you are, whether you are from Hong Kong or not, you could break this law

Several countries have since suspended their extradition treaties with Hong Kong, including UK, Australia, Canada and most recently Germany, as a possible safeguard against attempts to use the national security laws to round up activists abroad