Inside the Refugee Camp on America’s Doorstep 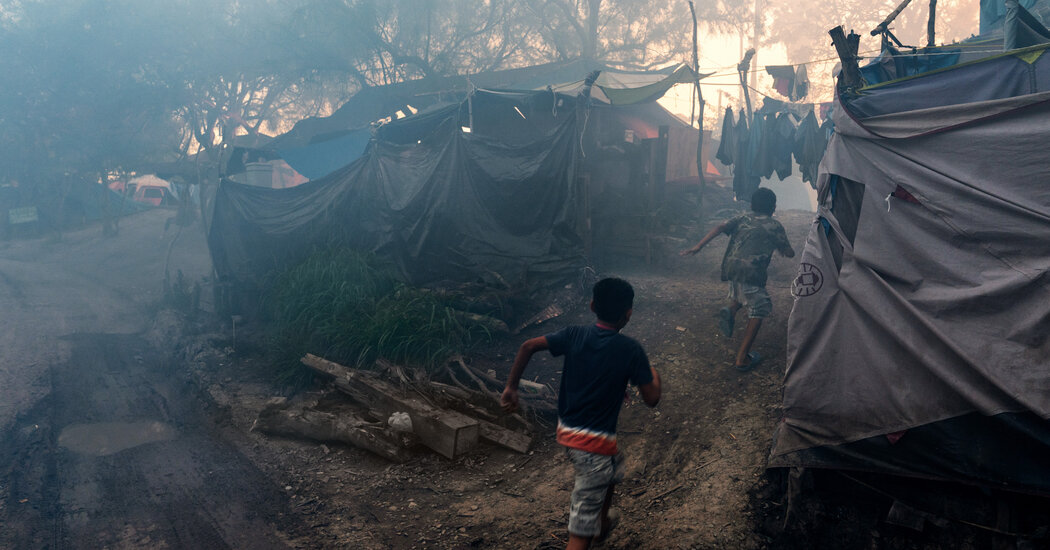 A squalid tent camp on the border is the result of President Trump’s unprecedented limits on asylum.

MATAMOROS, Mexico — A butter yellow sun rose over the crowded tent camp across the river from Texas and a thick heat baked the rotten debris below, a mixture of broken toys, human waste and uneaten food swarming with flies.

The members of this displaced community requested refuge in the United States but were sent back into Mexico, and told to wait.

“Sometimes I feel like I can’t hold on anymore,” said Jaqueline Salgado, who fled to the camp from Southern Mexico, sitting outside her tent on a bucket as her children played in the dirt.

It is effectively a refugee camp on the doorstep of the United States, one of several that have sprung up along the border for the first time in the country’s history.

Those who have not given up and returned home or had the means to move into shelters or apartments while they wait have been stuck outside ever since in this camp, or others like it that are now strung along the southwest border.

The Trump administration has said the “remain in Mexico” policy was essential to end exploitation of American immigration laws and alleviate overcrowding at Border Patrol facilities after nearly two million migrants crossed into the United States between 2017 and 2019.

noted, “This is the first president in the history of the United States of America that anybody seeking asylum has to do it in another country,” he said.

The gang charges tolls to camp residents who decide to swim across the river on their own and sometimes kidnaps them for ransom.

Beatings and disappearances have also become more common — sometimes to protect women or children who are being abused, but other times because camp residents have violated the gang’s rules about when and where they are permitted to roam outside their tents.

Nine bodies have washed ashore on the banks of the Rio Grande near the camp in the last two months; the Mexican authorities said most of the deaths were a result of a rise in gang activity during the pandemic.

Most children in the camp have not attended formal schooling since they left home.

Some have become worried enough to launch their children across the river on the backs of smugglers, sending them alone on the last leg of their dangerous journey to the United States.

She apologized for the stench; just outside her tent, insects crawled around a pile of feces that had washed up when the river flooded.

The camp residents are chronically sick with flulike viruses and stomach bugs that wend endlessly through the tents and with respiratory problems aggravated by the dusty air.

Yes, it’s a thousand times better,” said Lucia Gomez, from Guerrero, Mexico, as she picked up clothing and toys that had been scattered outside their tent by hurricane winds.

Gomez said her family had made a run for the camp from Southern Mexico after their home was ransacked and her husband and father-in-law were shot to death.

Since the camp appeared, the invisible wall of policies blocking its inhabitants from being allowed into the United States has only grown taller and more fortified.

“I can’t sleep,” he said one afternoon, sitting outside the tents where he lived with his wife, daughter, grandmother, orphaned niece and his 16-year-old-sister, who had given birth after arriving at the camp