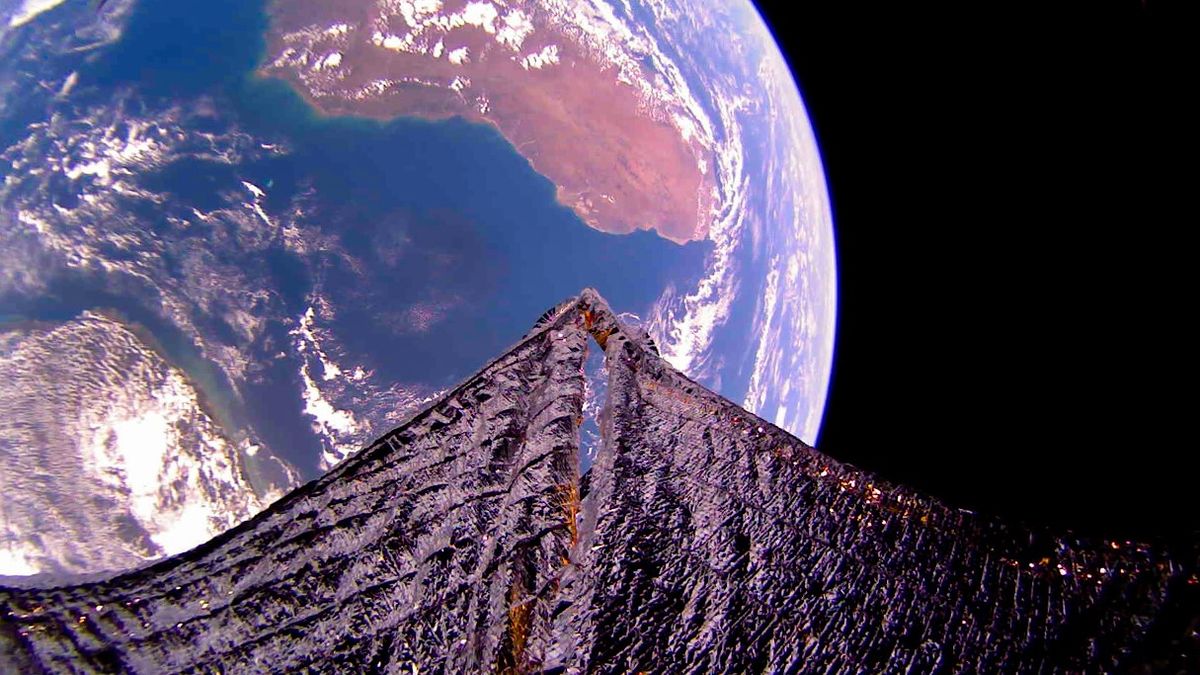 The mission, far beyond its design lifetime, may fall into the atmosphere in a few months.The Planetary Society's LightSail 2 is a crowdfunded solar sail that launched June 25, 2019.

Molecules of the Earth's atmosphere are slowly pulling the spacecraft back to our planet, with re-entry expected in perhaps a few months, according to a Planetary Society update (opens in new tab).

The change allowed the altitude to rise by 328 feet (100 meters) per day for a few months, but as of today the average altitude is about 390 miles (627 kilometers).The altitude fell for a few reasons, Betts explained, including communications trouble with the spacecraft due to ground station components breaking (and requiring replacement), ongoing atmospheric drag, and increased activity in the 11-year solar cycle puffing up Earth's atmosphere and moving more molecules higher.

— A solar sail in space: See the awesome views from LightSail 2.

He added the team plans to "make the most out of the next several months" before LightSail 2's eventual re-entry, but the data collected will remain useful essentially forever after the mission.

The team plans numerous mission analyses, paper publications and conference publications for LightSail, as well as continuing their connections with other space missions planning on using solar sails themselves!