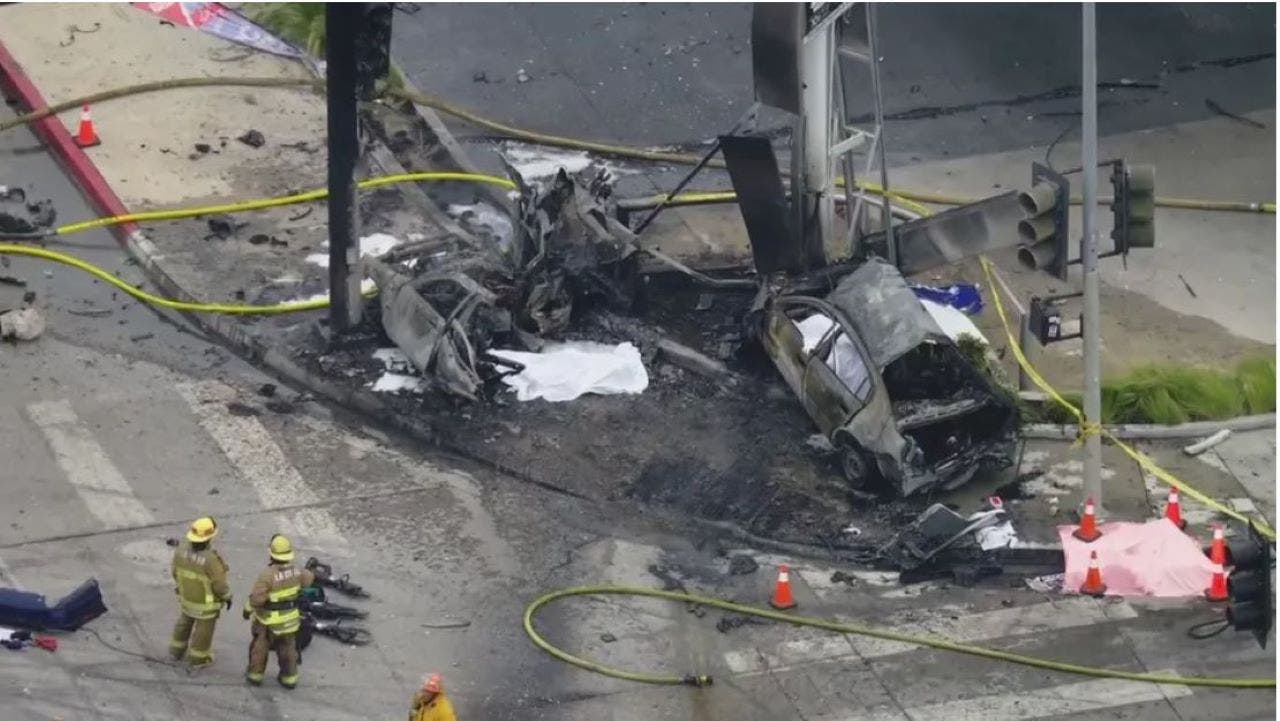 Five people have reportedly been killed and eight have been hospitalized as a result of a fiery car crash in Los Angeles, California, on Thursday afternoon. .The crash involved six to seven vehicles, three of which caught on fire, and took place at the busy intersection of South La Brea Avenue and Slauson Avenue in the Windsor Hills area of West Los Angeles at 1:30 p.m., KTTV-TV reported.A pregnant woman and her unborn fetus, an infant child, and two other adults were killed in the crash and the fire that ensued. .

Five people are dead after a car crash in West Los Angeles on Thursday.

"It almost looks like a war zone," a California Highway Patrol (CHP) officer told reporters at the crash scene

4 Genshin Impact won't be getting new endgame content, may be "too anxiety-inducing" for players - Gamepur

12 Everything Amazon Revealed at Its Exclusive Device Event - CNET

15 Are Android-based game-streaming handhelds a fad, or are they the future? - Ars Technica