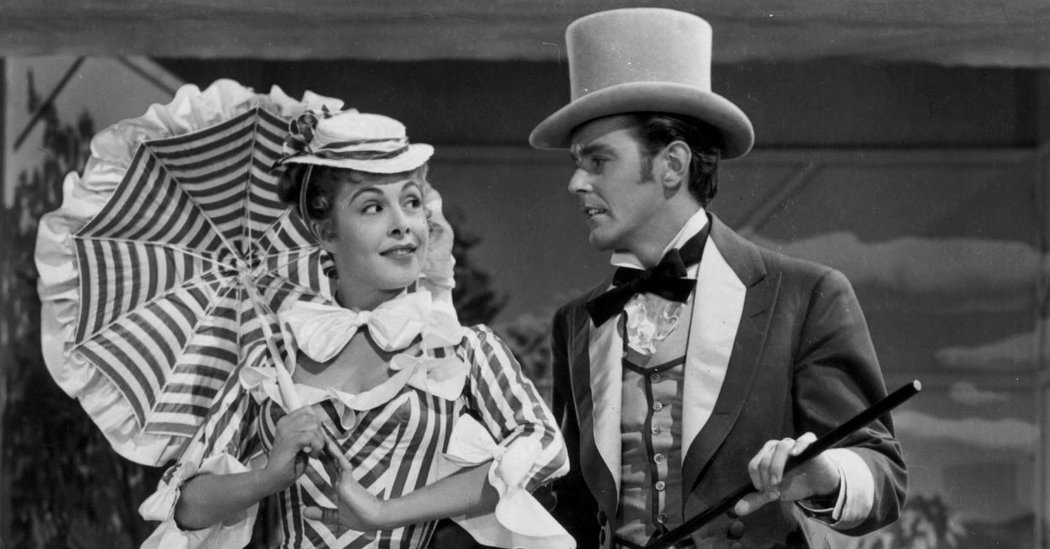 She was a model for Disney’s animated heroine in “Snow White and the Seven Dwarfs,” and she and her husband, Gower, epitomized the clean-cut, all-American dance team of Hollywood musicals.

Marge Champion, the lissome dancer and choreographer who with her husband, Gower, epitomized the clean-cut, all-American dance team of Hollywood musicals, Broadway productions and television variety shows of the 1950s, died on Wednesday in Los Angeles.

Champion was a child of Hollywood, the daughter of a dance coach who taught her ballet, tap and the twirls, kicks and glorious sweeps of the ballroom.

But her career came to little until 1947, when she and Gower Champion, a childhood friend, became partners both professionally and personally.

Over the next few years, they were pivotal in the transition from the escapist musicals of the Depression to an exuberant new postwar age, successors to Fred Astaire and Ginger Rogers and the first dance team to achieve national popularity through television.

The Champions did not possess the sheer magic of Astaire and Rogers or rival their Hollywood stardom.

But as television began to permeate American homes in 1949, they joined the weekly “Admiral Broadway Revue,” with Sid Caesar and Imogene Coca, on the Dumont and NBC networks, and delivered something new: narrative dances that sparkled with pantomime, satire, parody and touches of nostalgia.

They appeared on dozens of television shows, from the variety entertainments of Ed Sullivan and Dinah Shore to “The Bell Telephone Hour” and “General Electric Theater.” In 1957 they had their own sitcom, “The Marge and Gower Champion Show,” on which they played fictionalized versions of themselves.

In 1981 she choreographed a nude dancer in the film “Whose Life Is It Anyway?” Anna Kisselgoff of The New York Times called it “a stunning sequence, created by someone with a deep understanding of how dance and film can mutually enhance each other.”.

Calling herself Marjorie Bell, she made her movie debut in 1939 with a small part in “The Story of Vernon and Irene Castle,” starring Astaire and Rogers as the legendary dance team of the World War I era.

Champion, who was back from wartime Coast Guard service, began what proved to be a 13-year dance partnership and a 26-year marriage.

Her third husband, the television and film director Boris Sagal, whom she married in 1977, died in a helicopter accident in 1981.

Champion, who lived in Manhattan and gardened for many years at her farmhouse in Stockbridge, Mass., was inducted into the National Museum of Dance’s Hall of Fame in 2009