Marsquakes reveal the mysterious interior of the red planet - CNN 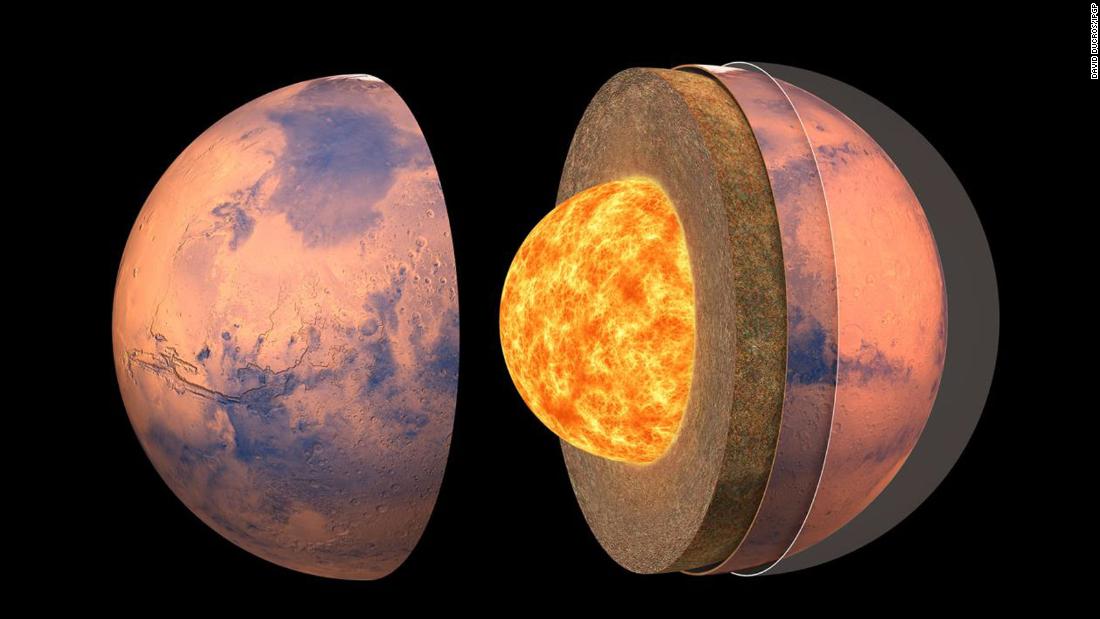 Jul 27, 2021 1 min, 32 secs
Researchers analyzed 35 of them, which reached magnitudes between 3.0 and 4.0, to determine the thickness of the Martian crust, the depth of the planet's mantle and most importantly, a confirmation that the frozen desert planet's core is molten.The findings were shared in three studies, all published Thursday in the journal Science."What we're looking for is an echo," said Amir Khan, lead author of the mantle study, and a scientist at the Institute of Geophysics at ETH Zurich and the Physics Institute at the University of Zurich, in a statement.

"And it was these echoes, reflected off the core, or at the crust-mantle interface or even the surface of Mars, that we looked for in the signals, thanks to their similarity to the direct waves."

Billions of years ago, Earth, Mars and the other planets in our solar system formed from a disk of material around the sun, including clumps of dust and rocks.

Over time, distinct layers emerged in Mars during those first millions of years, including the crust, mantle and core.

"Layering within the crust is something we see all the time on Earth," said Brigitte Knapmeyer-Endrun, lead author of the crust study and geophysicist at the University of Cologne, in a statement.

The liquid core contains iron and nickel, as well as lighter elements like sulphur, oxygen, carbon and hydrogen.

"This study is a once-in-a-lifetime chance," said Simon StÃ¤hler, lead author of the core study and seismologist at ETH Zurich, in a statement.

Earth has a molten outer core that surrounds a solid inner core.

But InSight keeps listening and waiting for marsquakes with magnitudes larger than 4.0.