Mysterious stripes spotted over Russia in satellite images — and NASA is perplexed - Livescience.com 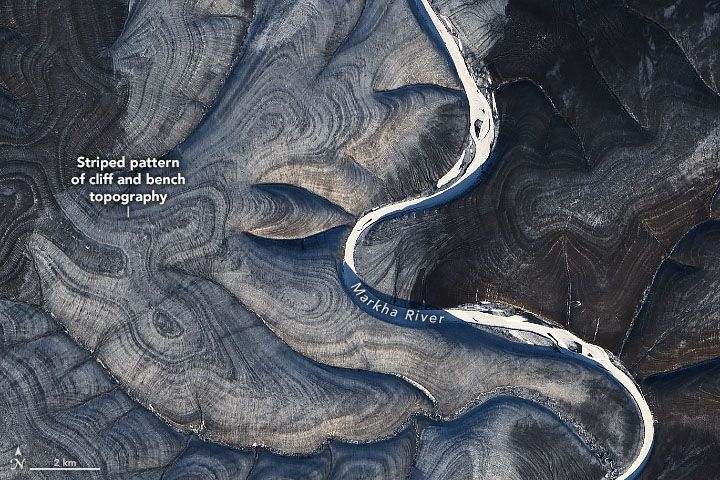 Feb 26, 2021 57 secs
Taken with the Landsat 8 satellite over several years, the photos show the land on both sides of the Markha River rippling with alternating dark and light stripes.

This region of the Central Siberian Plateau spends about 90% of the year covered in permafrost, according to NASA, though it occasionally thaws for brief intervals.

However, other examples of patterned ground — such as the stone circles of Svalbard, Norway — tend to be much smaller in scale than the stripes seen in Siberia.

The process can reveal slabs of sediment that look like slices of a layer cake, Crafford said, with the darker stripes representing steeper areas and the lighter stripes signifying flatter areas.

In accordance with the image above, this sort of sedimentary layering would stand out more in winter, when white snow rests on the flatter areas, making them appear even lighter.

The pattern fades as it approaches the river, where sediment gathers into more uniform piles along the banks after millions of years of erosion, Crafford added.