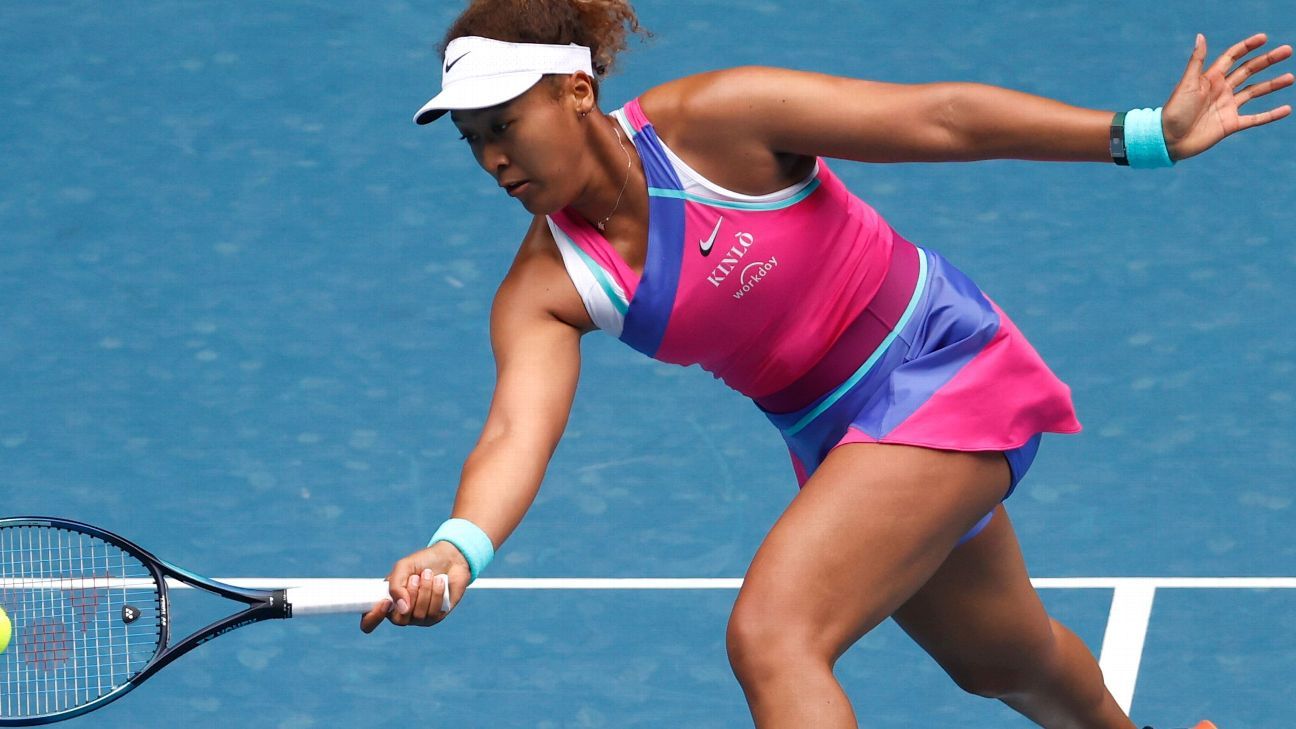 Jan 17, 2022 57 secs
MELBOURNE, Australia -- Defending champion Naomi Osaka posted a relatively trouble-free 6-3, 6-3 victory on Monday over Camila Osorio in the first round of the Australian Open.Osaka will take on Madison Brengle -- the American player beat Dayana Yastremska of Ukraine 6-1, 0-6, 5-0, ret.

-- in the second round as she looks to build some momentum for what could be a lengthy tournament run.

1 player in the world, Osaka slid down the rankings last year after taking time off following her withdrawal at the French Open.