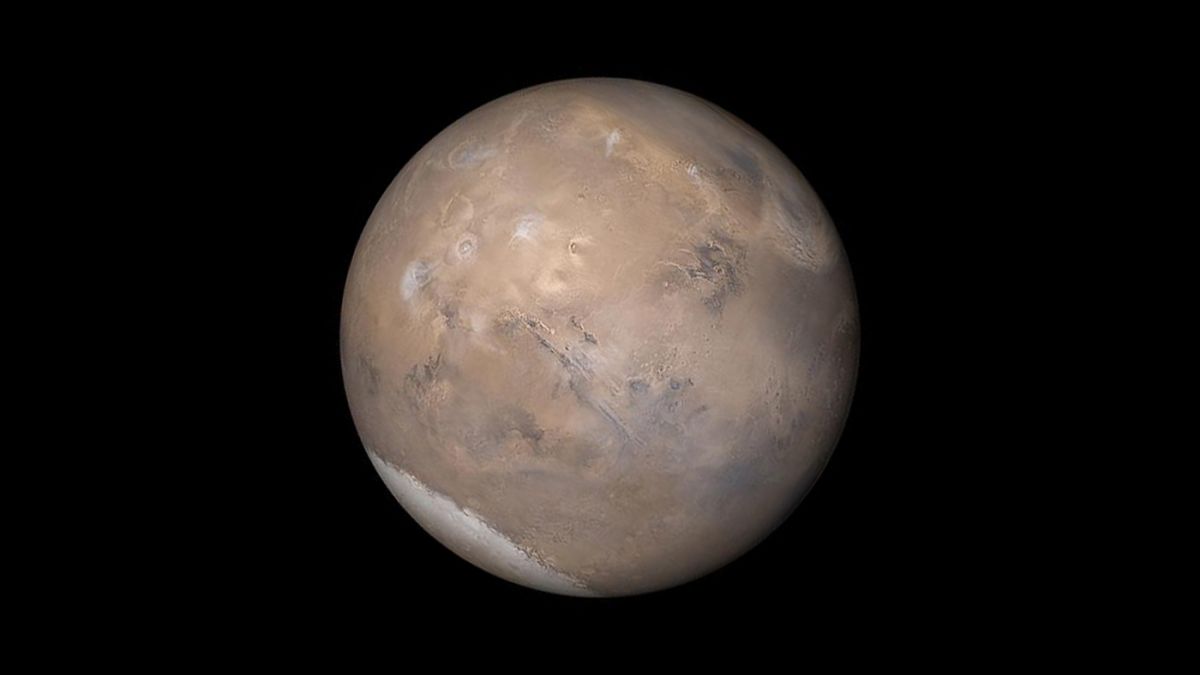 "Mars must still be geothermally active in order to keep the water beneath the ice cap liquid.".Scientists have uncovered further evidence that liquid water exists beneath the ice cap at the southern pole of Mars and it may mean that the planet is geothermally active.In 2018, the European Mars Express orbiter found that the surface of the ice cap covering the south pole of Mars dips and rises, suggesting liquid water may be lurking underneath.

Mars is extremely cold, and for subglacial water to exist on the planet in the liquid form, there would have to be a source of heat, such as geothermal energy.

Using spacecraft laser-altimeter measurements from NASA's Mars Global Surveyor satellite to map the topography, or shape, of the upper surface of the ice cap, the researchers detected  subtle patterns of height differences that matched computer model predictions for how a body of water beneath the ice cap would affect its surface."The combination of the new topographic evidence, our computer model results, and the radar data make it much more likely that at least one area of subglacial liquid water exists on Mars today," Neil Arnold, a professor of geography at Cambridge University, said in a statement (opens in new tab). .Scientists have been aware that Mars has thick water ice caps at both poles just like Earth.

The shape of the Martian ice caps was selected as an independent line of evidence to confirm the radar results because on Earth, scientists have observed that the shape of an overlying ice sheet is influenced by the body of water beneath it. .

— Mars may hide oceans of water beneath its crust, study finds ."Mars must still be geothermally active in order to keep the water beneath the ice cap liquid," Arnold added.

13 How to Catch Charizard In Pokemon Scarlet And Violet - GameSpot

15 World Aids Day: Why the Middle East lags behind in fighting HIV - BBC