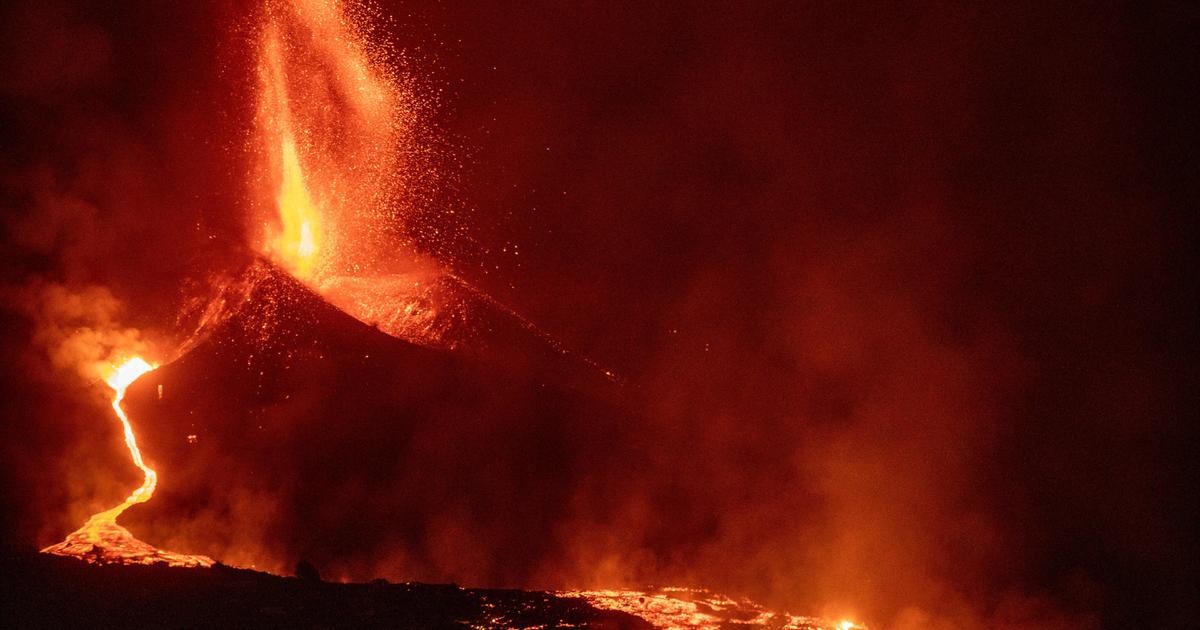 Sep 26, 2021 52 secs
Huge bursts of lava were seen shooting into the air on the Spanish island of La Palma on Friday as new vents opened in the Cumbre Vieja volcano.The latest eruptions forced the La Palma airport to close early Saturday morning due to an accumulation of ash, Spanish airport operator Aena tweeted.As the volcano continues to erupt, those who live on the island are susceptible to earthquakes, lava flows, toxic gases, volcanic ash and acid rain.Since Cumbre Vieja started erupting last Sunday, an estimated 6,000 people have been evacuated from the island, the government of the Canary Islands said in a statement on Friday.

Roughly 160 people in the nearby areas of Tajuya, Tacande de Abajo and Tacande de Arriba, located roughly 10 miles from the volcano, also evacuated