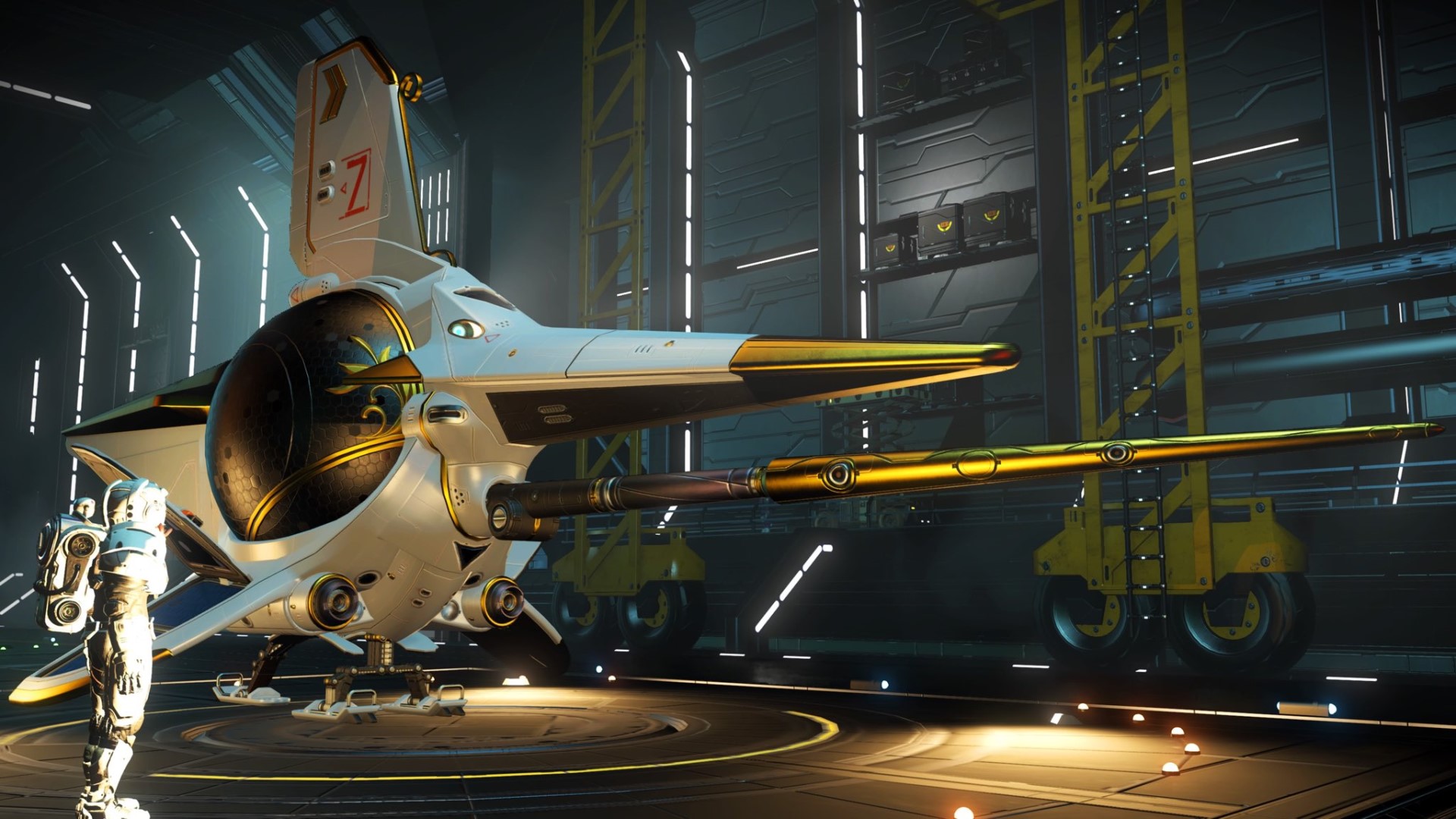 We talk with No Man's Sky creator and Hello Games studio head Sean Murray about the imminent 4.0 update and what he's learned in six years with the space game.

No Man’s Sky update 4.0 rolls out on October 7, and creator Sean Murray tells us that while there’s not much in the way of spectacle in this patch, it’s full of quality-of-life improvements that continue to make the spacefaring RPG more fun and easier to play – whether you’re a newcomer or an experienced space pioneer.

“They’re not big, you don’t take an amazing screenshot of these things,” Murray says.

Players who have sunk hundreds or even thousands of hours into No Man’s Sky – and Murray says people tend to play this game for a long time – will find that version 4.0 raises the level cap on ships and weapons, providing new reasons to head out into space and hunt for rare crafting materials.

The save system in version 4.0, for example, constantly saves your game, so you don’t have to worry about making it back to your ship or physical save point every time you want to end a session.

As Murray points out, the 4.0 update is unique in that it’s been preceded by a long line of content updates since 3.0 that have added big new features to the space game on a pretty regular basis.

While the story of No Man’s Sky in the popular imagination is a long redemptive arc, for Murray and his team at Hello Games, it’s been about maintaining a consistent balance between the joys and challenges of making games.

He says he reads every bit of feedback that’s sent to Hello Games via email and Twitter – all that still goes right to his phone and his smart watch?

“The simple truth for me is that making games is really hard,” he says, as we discuss the struggles CD Projekt Red has had ‘pulling a No Man’s Sky’ with Cyberpunk 2077.

If you make a game and you make it badly, it would be the equivalent of making a movie and then with it goes wrong, people get stuck in the cinema