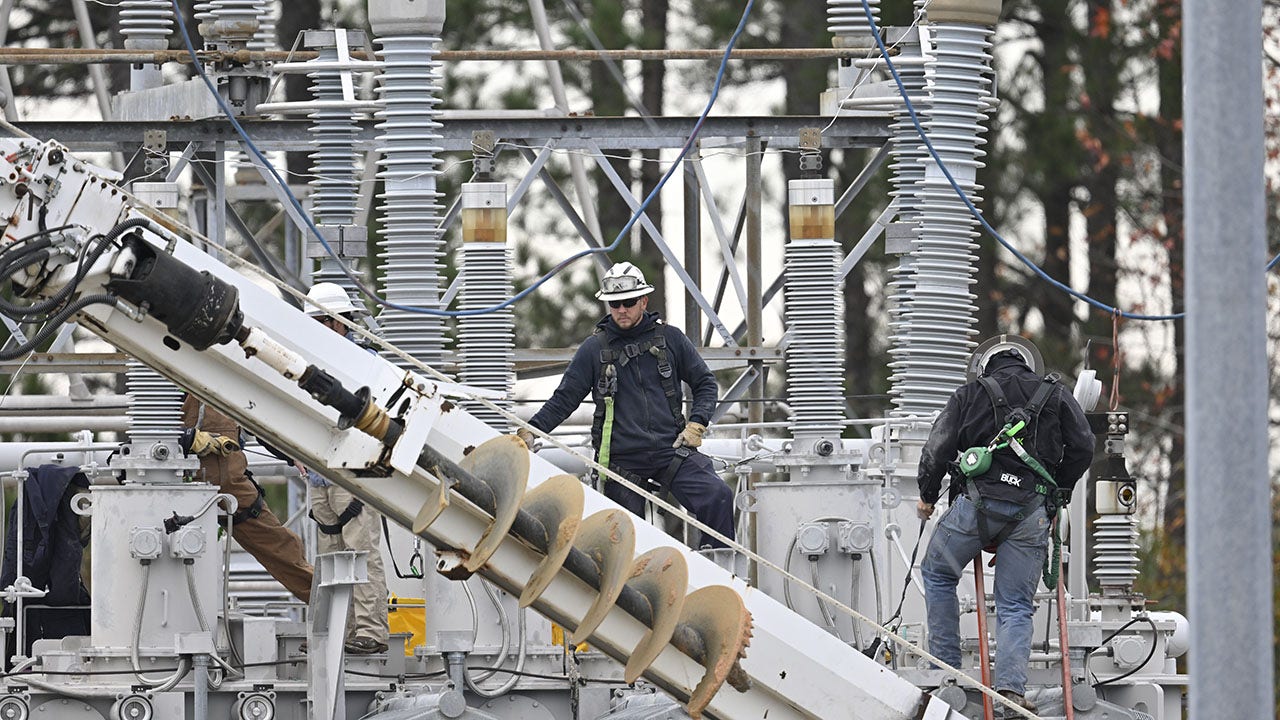 A federal memo warned substations in Washington and Oregon recently suffered physical attacks similar to the targeted gunfire toward the power grid over the weekend in Moore County, North Carolina, where tens of thousands still remain without electricity on Wednesday.NORTH CAROLINA POWER OUTAGE: WHITE HOUSE RESPONDS AMID SUBSTATION SABOTAGE PROBE IN MOORE COUNTY.

An ambulance is seen in front of a hospital without electricity as tens of thousands are without power in Moore County on December 5, 2022. .

Unlit traffic lights are seen as tens of thousands are without power on Moore County after an attack at two substations on December 5, 2022

Authorities have yet to confirm the motive or name any suspects or arrests in connection to the targeted shootings of two substations in Moore County Saturday night, and the FBI is assisting in the investigation. Fox News Digital also confirmed Homeland Security Secretary Alejandro Mayorkas was briefed on the outages in Moore County

A view of the substation while work is in progress as tens of thousands are without power in Moore County on December 05, 2022.

Thousands of service members and their families at Fort Bragg have been impacted by the Moore County outages, and base leadership is ensuring servicemembers have flexibility in their schedules.

5 Tyre Nichols – updates: Funeral to be held in Memphis Wednesday as police records reveal pasts of officers - The Independent