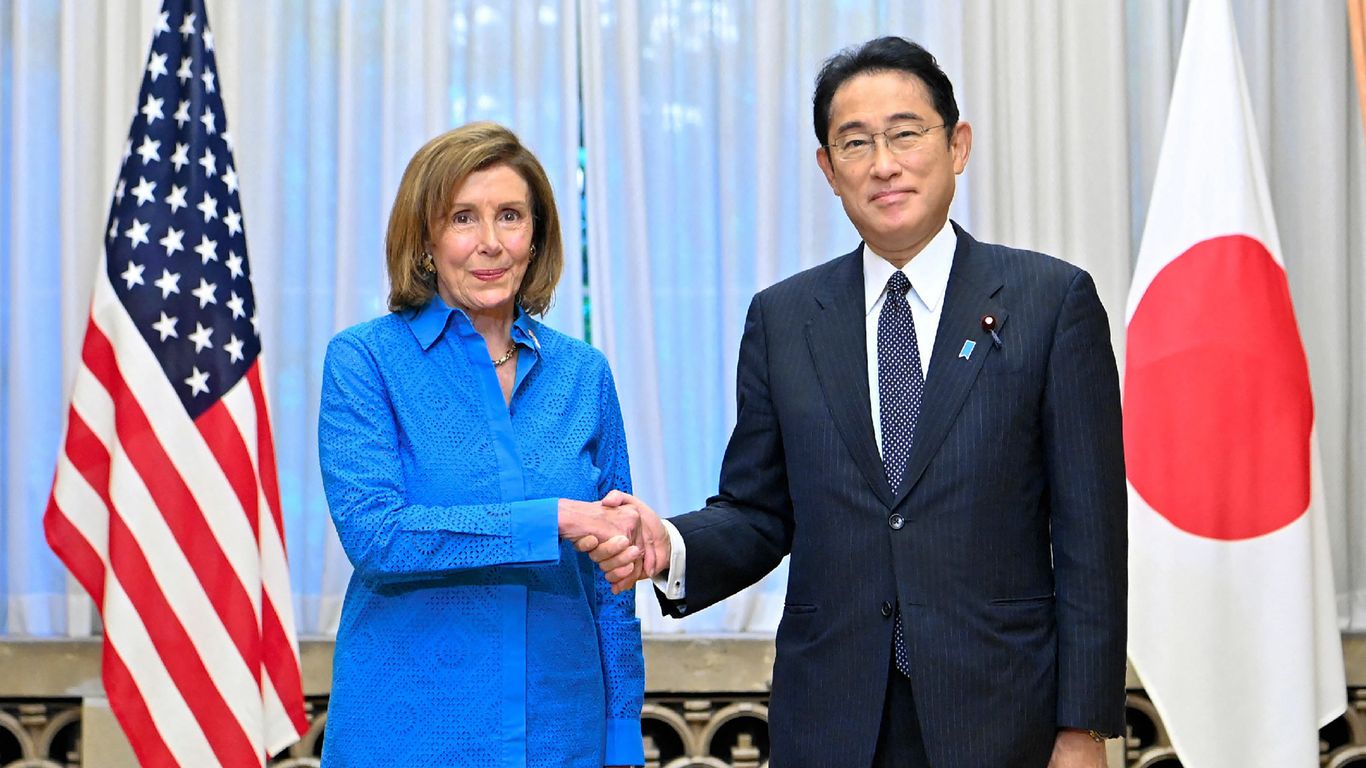 Driving the news: Pelosi made the comments after meeting with Japanese Prime Minister Fumio Kishida in Tokyo as she wrapped up this week's congressional delegation trip to Asia that included a visit to Taiwan, which triggered the drills that Beijing plans to last for several days.What they're saying: Pelosi said Beijing had tried to isolate Taipei with action such as opposing the World Health Organization from granting recognition to Taiwan.Of note: Secretary of State Antony Blinken raised concern on the sidelines of the Association of Southeast Asian Nations (ASEAN) summit in Cambodia that Beijing might be trying to change the status quo in the Taiwan Strait.

10 Black Michiganders got 60% of monkeypox cases, only 17% of vaccines - Detroit Free Press

13 Nier Automata for Switch is a miracle port - RPG Site

15 White rice is just as bad for your heart as CANDY, study suggests - Daily Mail