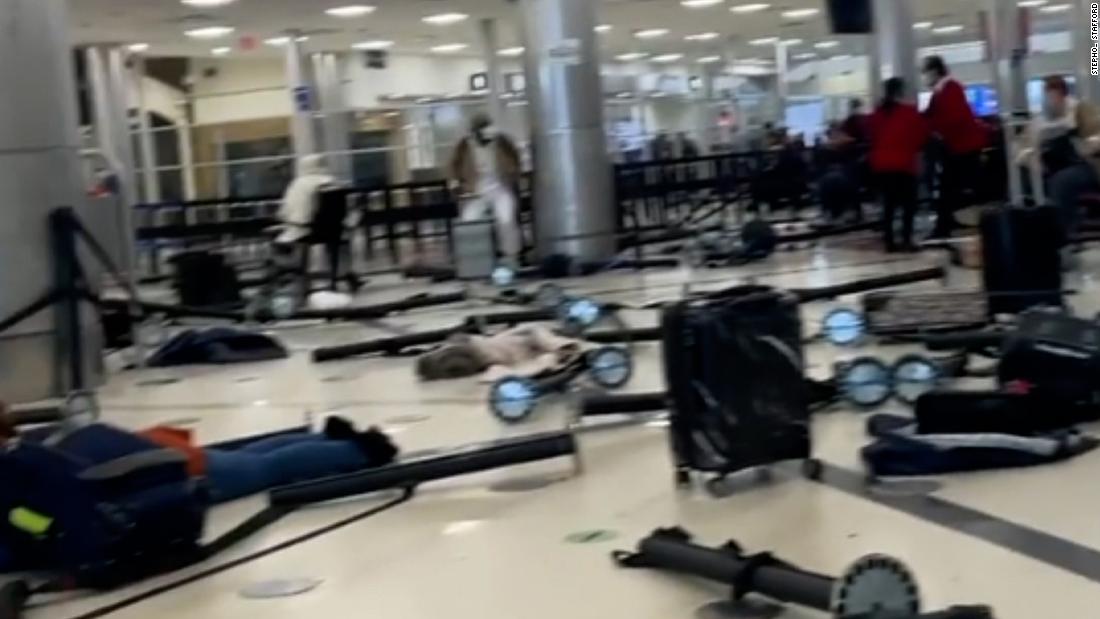 Nov 21, 2021 1 min, 15 secs
Officials believe the weapon that was discharged at Hartsfield-Jackson Atlanta International Airport was in a bag belonging to Kenny Wells, a passenger who, police say, ran away with the weapon in hand.Wells, 42, is wanted on warrants accusing him of carrying a concealed a weapon at a commercial airport, possession of a firearm by a convicted felon, discharging a firearm and reckless conduct, Atlanta Police Department Airport Precinct Commander Reginald L.It is illegal for people to take firearms through security checkpoints at airports in the US, according to Page Pate, a Georgia criminal defense attorney and constitutional lawyer.In the first 10 months of this year, the Transportation Security Administration (TSA) intercepted 4,650 firearms -- a majority of which were loaded -- at security checkpoints, surpassing the full-year record of 4,432 set in 2019.At the Atlanta airport, 450 firearms have been detected at checkpoints so far this year, the TSA said Saturday.Saturday's incident unfolded around 1:30 p.m., when the passenger's property was flagged for a "secondary search" after the X-ray screening at the security checkpoint detected a "prohibited item," Robert Spinden, the TSA's federal security director for Georgia, said during a news conference."During that secondary search, the passenger lunged into his property, grabbing a firearm that was located inside, which ultimately discharged," Spinden said.

"The passenger then fled the security checkpoint through an adjacent exit lane with his firearm."