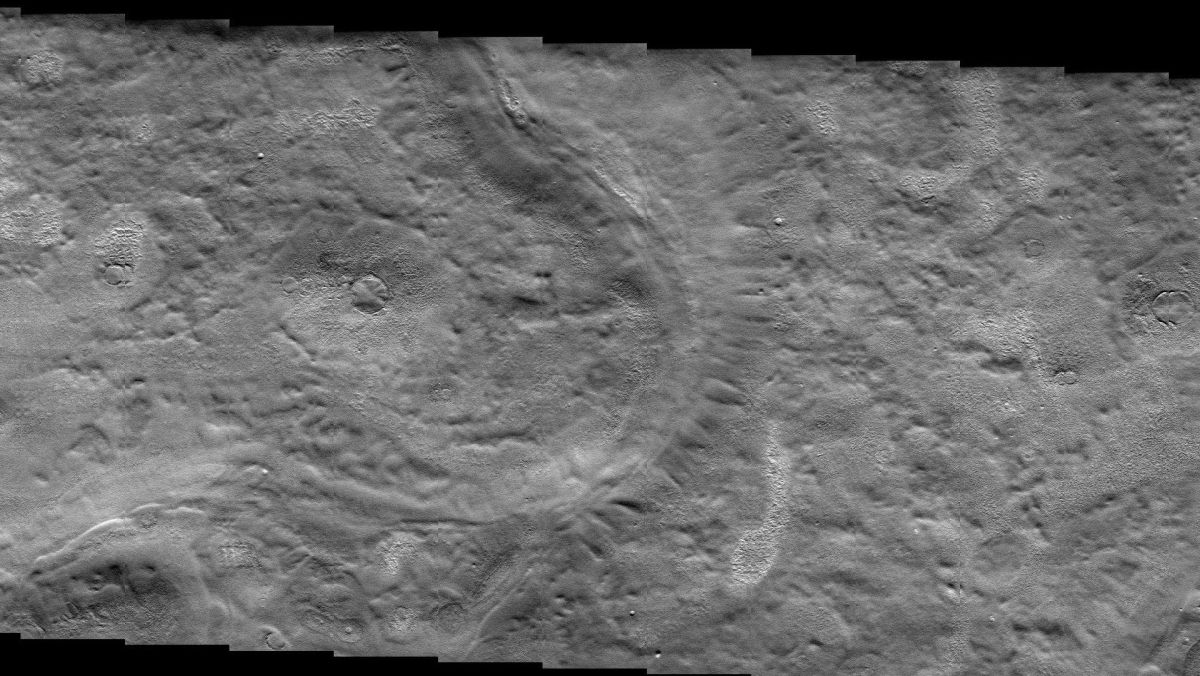 May 03, 2021 1 min, 29 secs
Strange landforms look like a Martian version of Antarctic ice streams.Strange sinuous features on a flat plain known as Arcadia Planitia bear a striking resemblance to ice streams within ice sheets in Antarctica, a new study finds.The newfound flow-like features are strange because they occur on flat terrain, said study leader Shannon Hibbard, a doctoral student at the University of Western Ontario in Canada.

Alongside low hills, there are aprons of debris known as lobate features because of their shape, which look like the outflow of glaciers covered in a thin layer of rocks.

Similar features occur in Arcadia Planitia, Hibbard said.The sinuous features were the big mystery, Hibbard said, because they looked like they were made by ice flow, but the terrain wasn't steep enough to explain why the ice would be moving."We had to try to figure out what the heck are they, why do they have the thermal signatures that they have, why are they so bright in both day and night, why do they appear to have flow features, why are they channelized, why do they occur near lobate debris aprons?" she said.

The sinuous shapes looked similar to other features associated with slow-flowing material seen on Mars, Hibbard said, and the data suggested that these spots were indeed rich in ice.

What the sinuous features look most like, Hibbard said, is ice streams within ice sheets on Earth, which occur primarily in Antarctica.

These faster-moving flows of ice aren't well understood on Earth, Hibbard said, much less Mars, but they do show an example of ice flowing in fairly flat terrain.