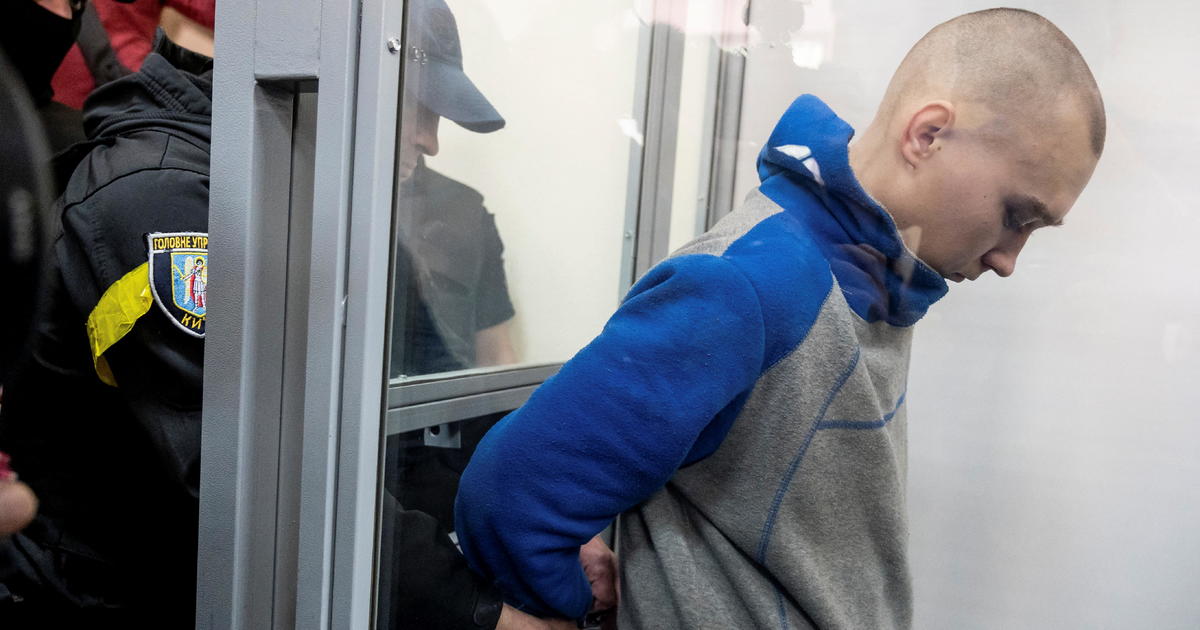 May 19, 2022 50 secs
Vadim Shishimarin, 21, who was part of a Russian tank unit captured by Ukrainian forces in early March, just days after the war began, faces a possible sentence of life in prison.

At a preliminary hearing last week, prosecutors said Shishimarin had been driving in a private vehicle with other soldiers, which they had stolen in an attempt to escape after their column came under attack by Ukrainian forces a few days after Russia's invasion of Ukraine on February 28.

Prosecutors said Shishimarin was ordered to shoot the civilian to stop him from telling Ukrainian defenders about the Russians' location.

They said Shishimarin fired several shots out of his open car window at the victim's head, killing him instantly.