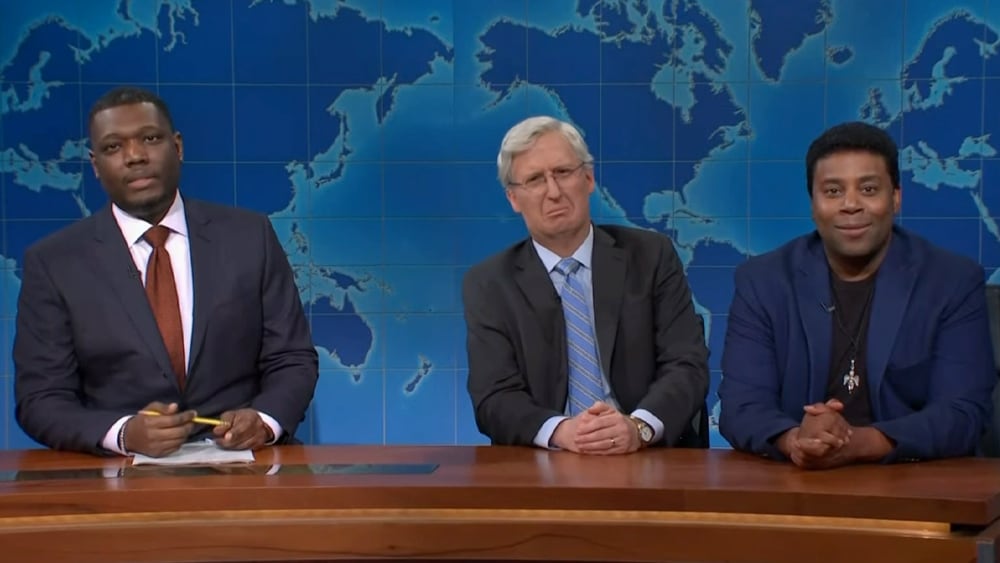 New cast member Michael Longfellow was front and center, making his Weekend Update debut as the child of conservatives.

“Well, my family is from Arizona, so if you can get in trouble for what your parents think — uh, it’s been a good run,” he said.

Che then questioned Johnson’s McConnell about the qualifications Walker has to be running for a Senate seat, saying that he plays football and the state of “Georgia likes football.”

The jokes got increasingly more chaotic after Che asked Walker if he had any actual proposals with “BBQ Tuesdays” and another one to “create a department of Instagram booty” to battle the girls “faking their cake.”

9 Kyrie Irving Returns After Abject Apology: “I Meant No Harm To Any Person, Any Group Of People” - Deadline

14 John Leguizamo Based ‘The Menu’ Character On Steven Seagal: “He’s Kind Of A Horrible Human” - Deadline

8 Jenna Ortega Showed Up To Her "Wednesday" Audition Covered In Fake Blood, Which Is The Most On Brand Thing Ever - Yahoo Life

11 An 'unthinkable morning': 1 dead, 16 injured after car crashes into Apple store in Hingham - The Patriot Ledger