Tatiana Maslany, Mark Ruffalo on She-Hulk Future: “There’s Not Going to Be Another ‘Avengers’ Without Her” - Hollywood Reporter

Tatiana Maslany, Mark Ruffalo on She-Hulk Future: “There’s Not Going to Be Another ‘Avengers’ Without Her” - Hollywood Reporter 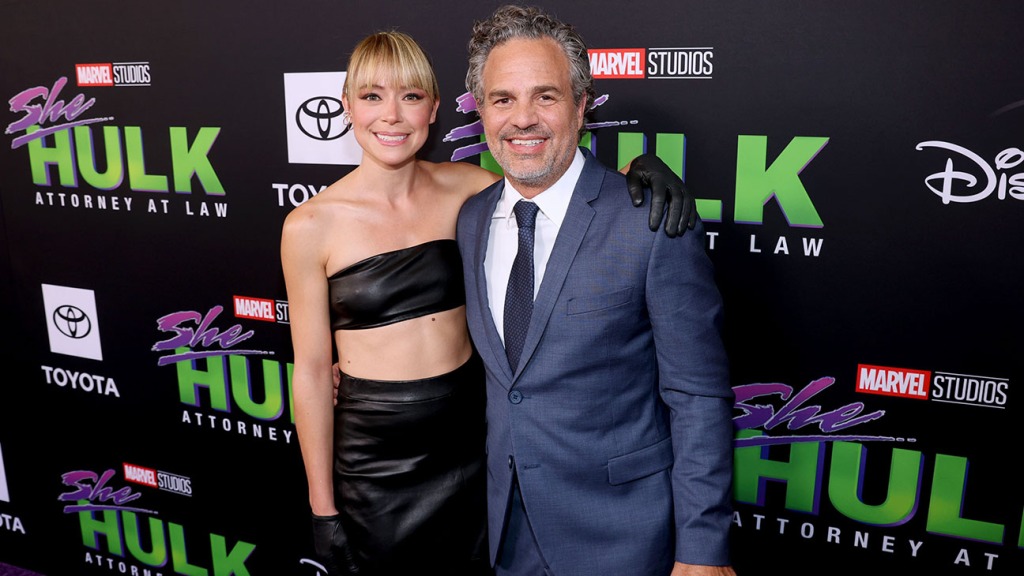 The two stars also mused about who is the superior Hulk at the 'She-Hulk: Attorney at Law' premiere on Monday.

She-Hulk smashed her way onto Hollywood Boulevard on Monday night for the premiere of Disney+’s latest Marvel series, where star Tatiana Maslany was joined by the Hulk himself, Mark Ruffalo.

Maslany plays Jennifer Walters in the series, an attorney and cousin of Ruffalo’s Bruce Banner who continues the family tradition of green giants — along with some friendly competition as she learns to use her new powers.

Of who is truly the superior Hulk, Ruffalo teased, “It’s kind of a toss-up a little bit — maybe him a little bit more.” Maslany was quick to chime in, “And maybe her a little more — sometimes it’s more her, mostly,” noting that She-Hulk is indeed the focus of this project.

For her first superhero outing, though, Maslany told The Hollywood Reporter that when she saw herself in CGI She-Hulk form for the first time, “I couldn’t believe it

She-Hulk: Attorney at Law enters uncharted Marvel territory not only for its introduction of new characters, but for its use of breaking the fourth wall and focus on dating and sex positivity

And as the Hulk famously changes form when he’s angry, the She-Hulk team wanted to address the difference in rage and fear in women versus men, and how that affects the female superhero’s transformation

She-Hulk: Attorney at Law premieres on Disney+ on Thursday

4 ‘The Goldbergs’ kill off Jeff Garlin’s character on season premiere: ‘We will always love you’ - Yahoo Entertainment

12 Steve Hilton: Americans are sick and tired of extremism