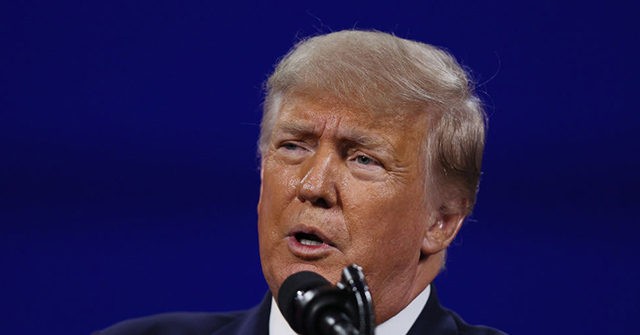 Mar 01, 2021 42 secs
In a speech at the Conservative Political Action Conference (CPAC), Trump assailed Biden’s immigration executive orders that have helped drive up illegal immigration levels at the southern border.Specifically, Trump noted Biden’s stopping construction of the border wall, restarting the Catch and Release program, and halting most interior immigration enforcement — actions and promises of which illegal aliens are now taking advantage.By recklessly eliminating our border, security measures, controls, all of the things we put into place, Joe Biden has triggered a massive flood of illegal immigration into our country … they’re coming up by the tens of thousands.The result has been a surge of illegal immigration to the southern border and mass releases of border crossers into the U.S.

For comparison, in December 2020 before Remain in Mexico was ended, DHS had released just 11 border crossers.