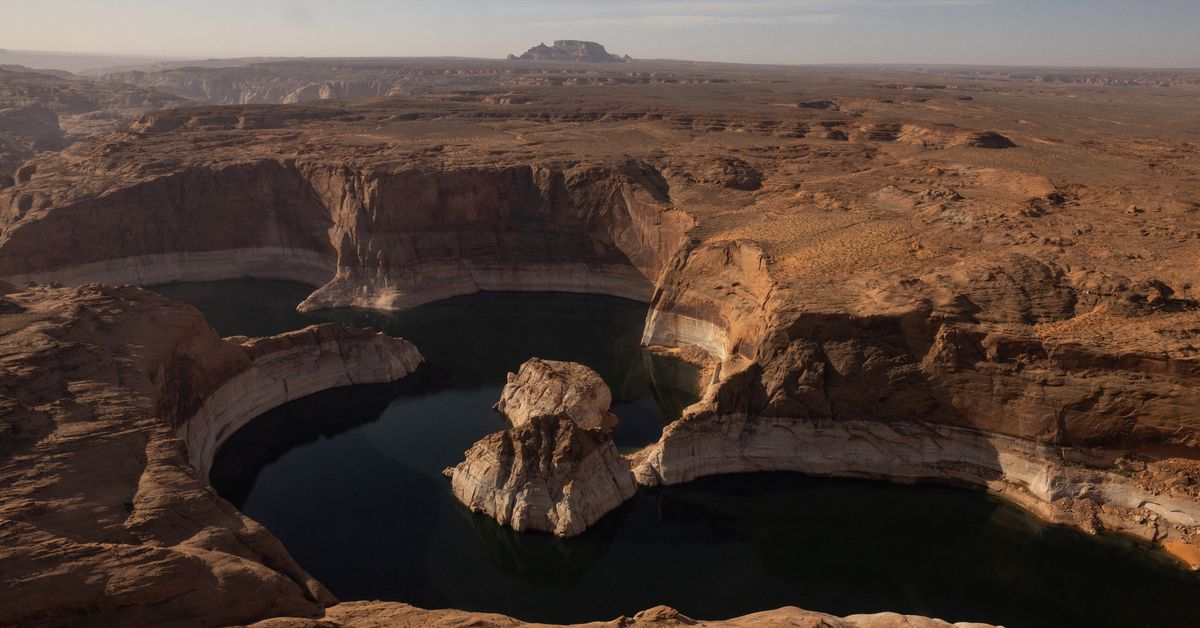 An aerial view of Lake Powell is seen, where water levels have declined dramatically to lows not seen since it was filled in the 1960s as growing demand for water and climate change shrink the Colorado River and create challenges for business owners and recreation in Page, Arizona, U.S., April 20, 2022.

Federal officials asked for a reduced usage of 2 million to 4 million acre-feet of water per year, an unprecedented reduction of 15% to 30% in the coming year.

They instead fell back on previously negotiated cuts that for the second year in a row will impose reductions on Nevada, Arizona and the country of Mexico, which also receives a Colorado River allotment.Deputy Interior Secretary Tommy Beaudreau said federal officials would continue working with the seven Colorado River states on reaching a deal: Arizona, California, Colorado, New Mexico, Nevada, Utah and Wyoming.Even so, federal officials said more cuts were needed, both under terms already negotiated in the 100-year-old Colorado River compact and the 21st century reality of human-influenced climate change resulting in hotter temperatures and drier soils.The 23-year megadrought, the worst on record in at least 1,200 years, is testing the strength of the compact, which a century ago assumed the river could provide 20 million acre-feet of water each year.

The river's actual flow the past two decades has averaged 12.5 million acre-feet, leaving state water managers with more rights on paper than water that exists in the river.

1 Russia protests: more than 1,300 arrested at anti-war demonstrations - The Guardian