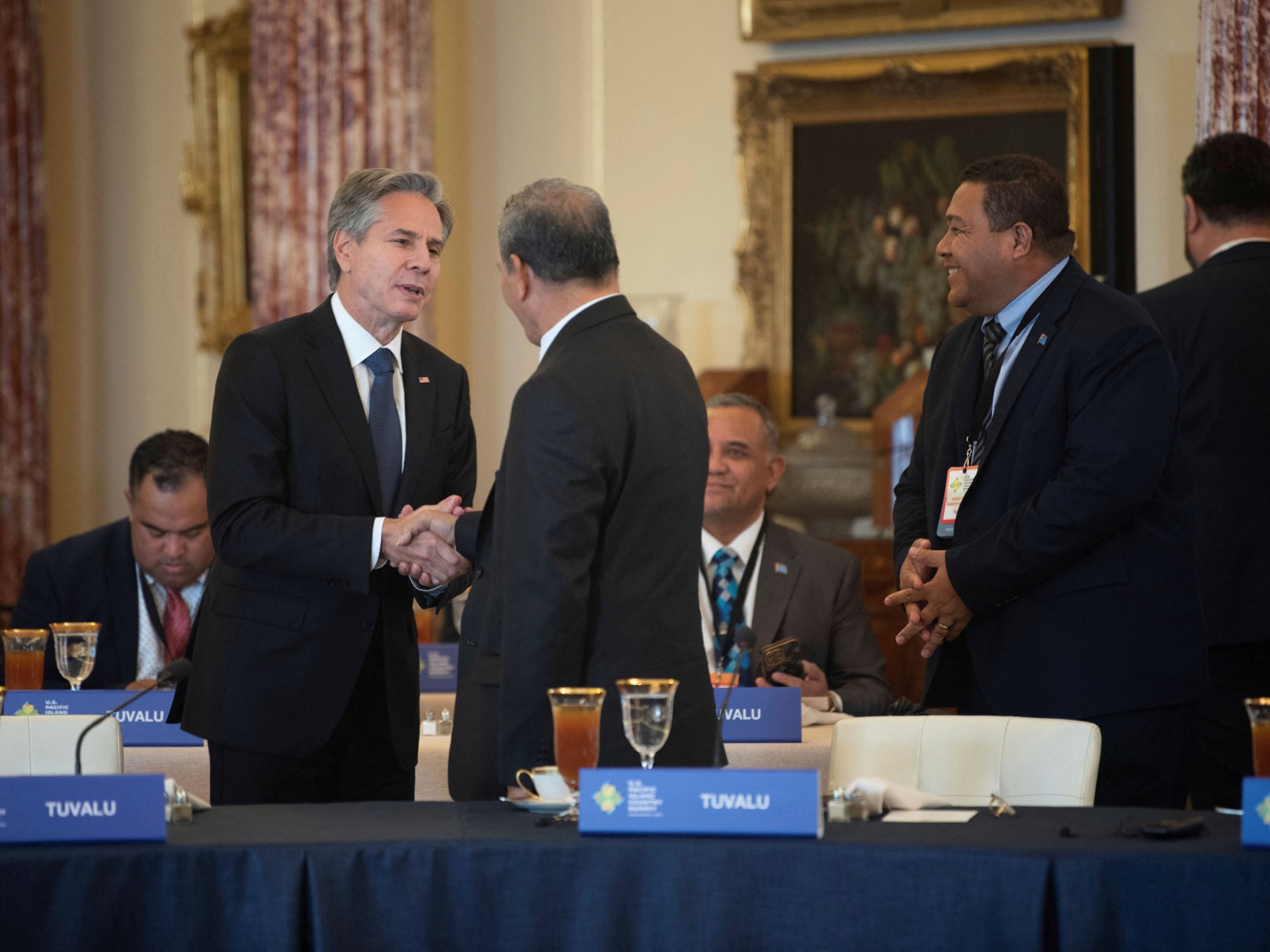 The United States says it has agreed on a partnership with the Pacific Islands that offers the prospect of “big dollar” help to a region where China has been expanding its influence.US President Joe Biden is hosting leaders and representatives from 14 island nations for a two-day summit at the White House, as the country steps up engagement in the region.The US is courting the Pacific island nations at a time when Beijing has been increasingly active in the region, offering new investment and, in the case of the Solomon Islands, a security pact.Among the measures, the US plans to expand its diplomatic footprint in the region — opening three new missions and creating a new ambassador’s post to the Pacific Islands Forum, the key regional body.Speaking to the leaders of the Pacific Islands before the summit got underway, US Secretary of State Antony Blinken said they had “come together around a declaration of partnership between the US and the Pacific,” which would provide a “roadmap” for their future relationship.

2 Former US marine imprisoned in Russia makes contact with family

3 Fancy selfies with ‘Pele’ and ‘Maradona’ in Doha?