Venus, once billed as Earth's twin, is a hothouse (and a tantalizing target in the search for life) - Space.com 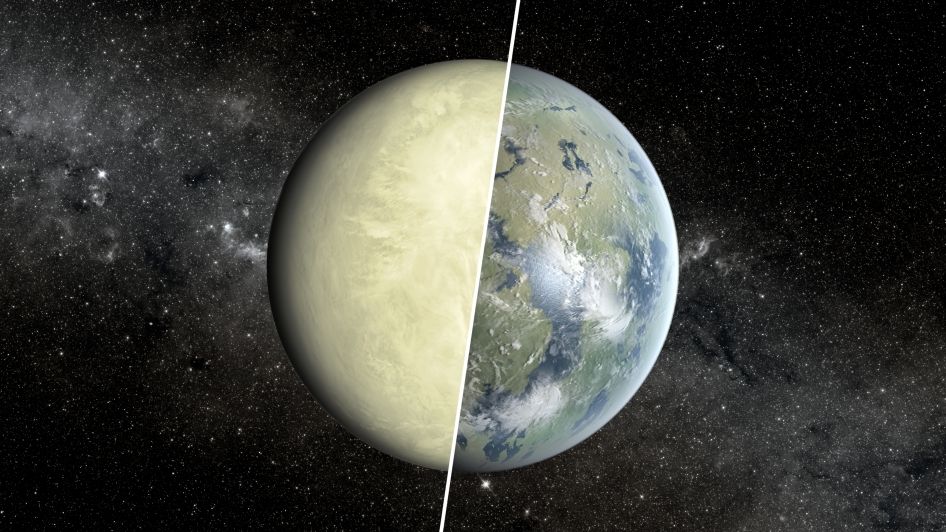 Our view of Venus has evolved from a dinosaur-rich swamp world to a planet where life may hide in the clouds.

Venus sits on the border of our sun's habitable zone, the region around a star where a planet should be able to host liquid water on its surface, and ideas of a veritable twin planet swam before the eyes of scientists and the public alike.

"We started the task of trying to understand how the surface of Venus could be so far removed from previous ideas," Kane said.

In 1990, NASA's Magellan mission mapped the surface of the planet and the European Space Agency's Venus Express orbited the world for eight long years, studying its atmosphere.

"Many people assumed Venus was a 'solved problem,' where a runaway greenhouse scenario had run amuck and that was the end of the story," Kane said.

— The clouds of Venus join the shortlist for potential signs of life in our solar system.

It's even possible that it was Venus, not Earth, where life first appeared in the solar system.

According to Smrekar, our twin planet has many of the characteristics required for a habitable world — an internal geologic engine to drive volcanism, tectonics, surface weathering, and even a potential ocean in the past.

"Even though its surface appears supremely inhospitable today, in the past it may have been the first habitable planet," she said.

"If viewed as exoplanets, Venus and Earth are identical," Smrekar said.

In 2015, Kane established a "Venus zone," the region around a star where a planet's atmosphere could devolve into a greenhouse world.

"The key to understanding planetary habitability and how it evolves with time resides in understanding the evolution of our sister planet," Kane said.

"We absolutely must go back to Venus in order to answer the many outstanding questions, especially related to when Venus lost its liquid water," Kane said.

"The topic of habitability in the context of exoplanets will always focus on Earth and Venus-size planets, not Mars-size," Kane said.

The clouds of Earth’s twin have long been considered a potential home to life, but the discovery of phosphine, a flammable gas that, on Earth, can come from the breakdown of organic material, gives the topic new urgency.

If life currently lives in the clouds of Venus, it must have found a way to continue to linger in the atmosphere rather than falling back to the planet's surface, which he calls "a difficult problem to solve." While life has been discovered in the clouds of Earth, that material has been lofted upward from the surface through convection, as hotter and less dense material moved upward.

Additionally, the atmosphere of Venus is hot, dry, and surrounded by large reservoirs of sulfuric acid, all of which can make it difficult for life to have survived the past billion years, from the time when the surface may have once hosted life, Kane said.

And the new research is based on phosphine production on Earth, while the surface and atmosphere of Venus are significantly different.

"It is through these kinds of missions that we will be able to fully answer this question of possible life in the Venusian clouds," Kane said