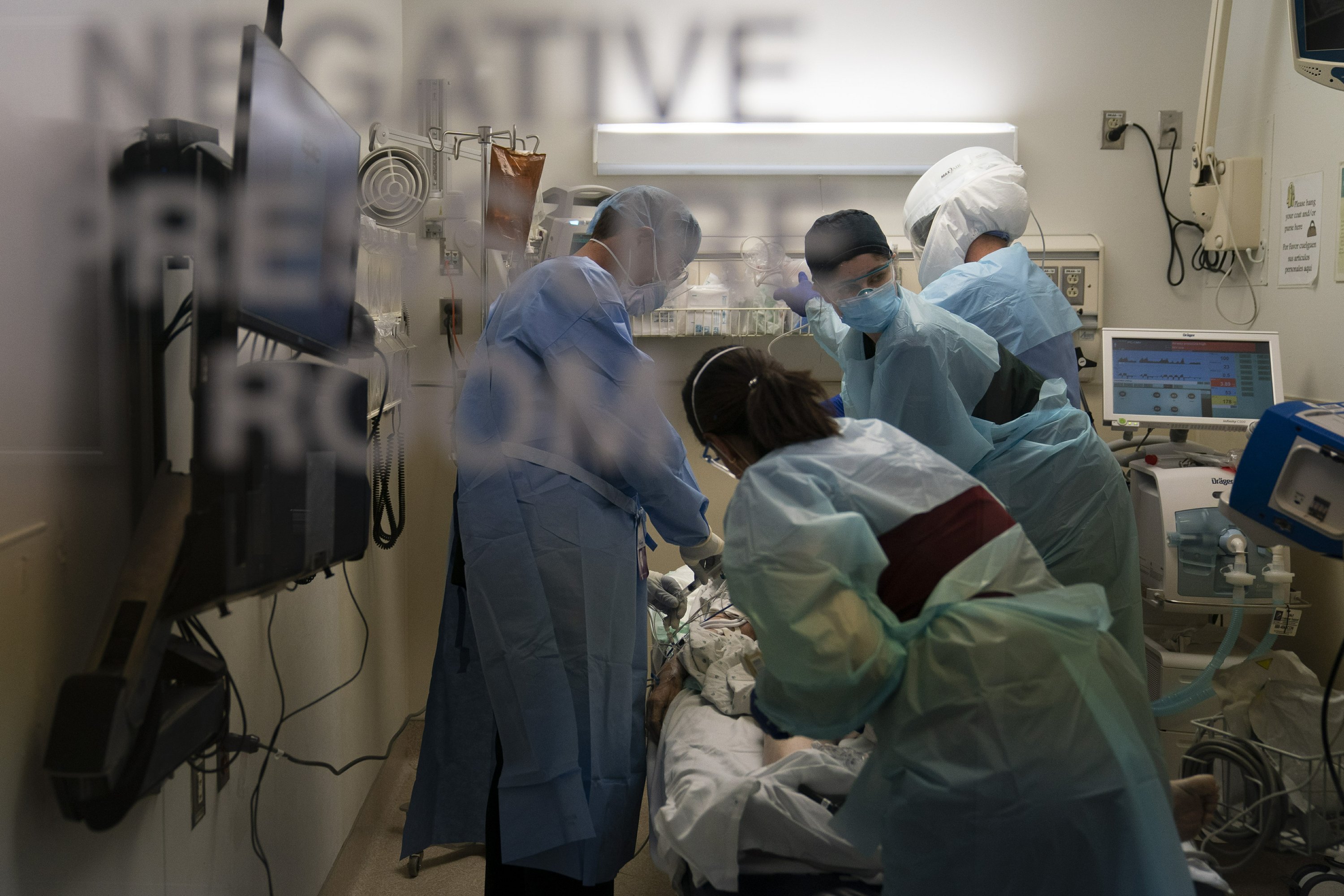 Dec 01, 2020 58 secs
Health officials fear the crisis will be even worse in coming weeks, after many Americans ignored pleas to stay home over Thanksgiving and avoid people who don’t live with them.

Deaths had dropped to just over 20,000 in June after states closed many businesses and ordered people to stay at home.

At Mercy Hospital Springfield in Missouri, a mobile morgue that was acquired in 2011 after a tornado ripped through nearby Joplin and killed about 160 people has been put into use again.In Worcester, Massachusetts, the National Guard trucked in cots, medical supplies, tables and other items needed to operate a 250-bed field hospital in the event the state’s medical centers become overwhelmed.Rhode Island opened two field hospitals with more than 900 beds combined.

A Nevada hospital has added hospital bed capacity in an adjacent parking garage.

The number of hospital beds is just one concern.

Many hospitals are scrambling to find enough staff to care for patients as the virus surges almost everywhere at once, Adalja said.

A record 96,000 people were in the hospital with the virus in the U.S.