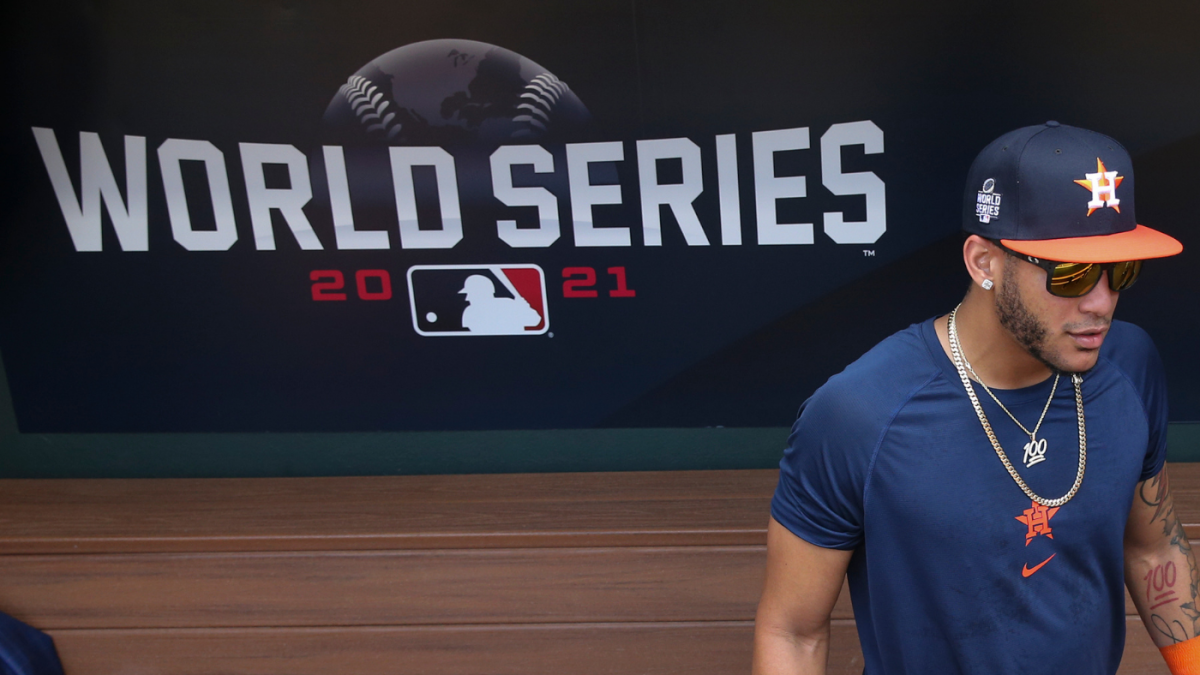 Oct 26, 2021 51 secs
The Atlanta Braves and Houston Astros square off in the 2021 World Series, beginning Tuesday to determine who is crowned Major League Baseball's latest champion.

The Braves reached this point after taking down the Milwaukee Brewers in four games in the National League Division Series before downing the Los Angeles Dodgers in six NLCS games.

This is Atlanta's first time in the World Series since 1999.On the other side, this is the Astros' third trip to the Fall Classic in five tries.

The Astros downed the Chicago White Sox in four games in the American League Division Series to reach the AL Championship Series.  Houston then prevailed against the Boston Red Sox, advancing in six games. .

The Astros (95-67) had a better regular season record than the Braves (88-74), so Houston has home-field advantage in the Fall Classic.

The Braves and Astros will meet in the 2021 World Series

Show your love for your favorite team by shopping the all-new 2021 World Series gear, including Braves and Astros commemorative hats, shirts, hoodies, and more