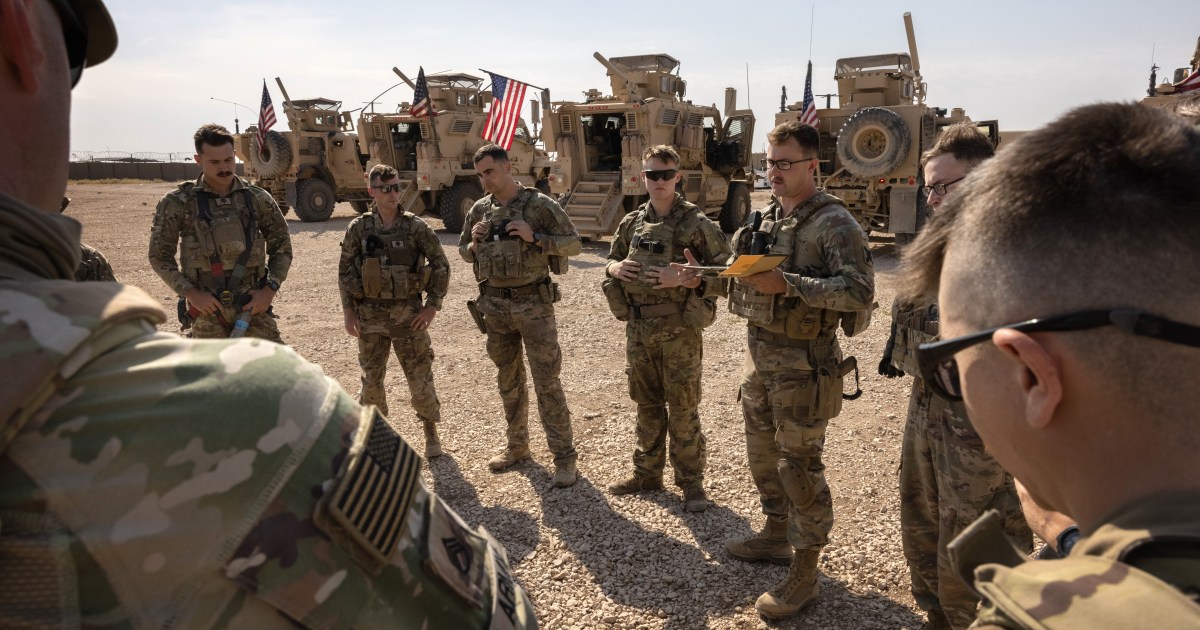 Oct 26, 2021 1 min, 37 secs
Speculation has been rife American forces would withdrawal from Syria after the Afghanistan pullout in an effort to end ‘forever wars’.The United States will not be withdrawing its roughly 900 troops from northeast Syria any time soon, despite mounting speculation it would do so following its much-maligned August pull-out from Afghanistan, according to officials with knowledge of the Biden administration’s plans.In October 2019, following the group’s territorial, former President Donald Trump announced a withdrawal of US forces from northeast Syria, triggering a Turkish offensive in the area against the SDF, which Ankara has long argued is a threat to its security because of the YPG leadership’s connections with the Kurdistan Worker’s Party (PKK), a designated “terrorist” group.Unlike the withdrawal from Afghanistan, which had been supported by majorities among the American electorate for years, particularly since the 2011 killing of Osama bin Laden, most Americans have expressed support for the counter-ISIL mission in Syria and Iraq, indicating that Biden may face less pressure from “the bottom up” to expedite a Syria retreat any time soon.It is also questionable whether the Biden administration, and indeed the president himself, would be willing to receive another lacerating in Congress so soon after being heavily condemned in both the House and the Senate, not to mention the national press, for the decision to withdraw from Afghanistan.

During his tenure as vice president in the Obama administration, Biden was involved in the withdrawal of US combat troops from Iraq in December 2011, without leaving a residual counterterrorism force.