Watch: 7 Alec Baldwin Movies Where He Carried a Gun, from 'Hunt for Red October' to 'The Departed' 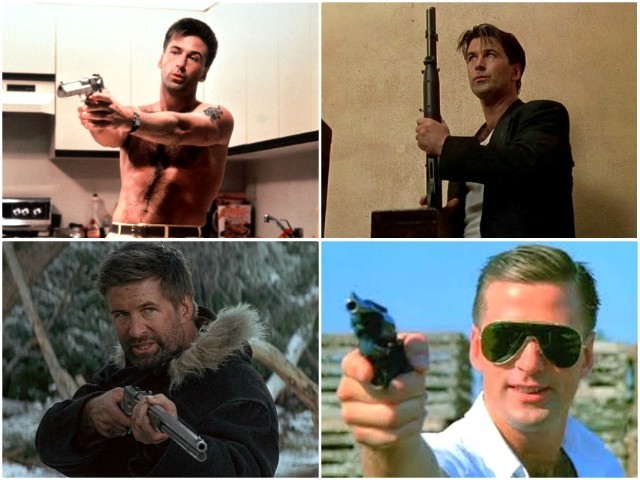 Oct 22, 2021 1 min, 6 secs
From his breakout role as CIA analyst Jack Ryan in The Hunt for Red October to his role as a loquacious Boston cop in The Departed, Baldwin has wielded guns in movies for decades.Here are seven movies in which Baldwin carried and used fire arms, with the usual spoiler caveats.In the climactic scene, after Captain Marko Ramius (Sean Connery) is wounded, CIA analyst Jack Ryan (Baldwin) must hunt down the rogue shooter aboard the Red October.

The dark comedy features numerous scenes of the actor holding a gun, including the climactic sequence in which he is shot dead by the real police.

The movie features several scenes of Baldwin involved in shootouts, including one in which he carries a monster-size Benelli M3.

In this legal thriller, Baldwin plays a mobster sent to intimidate a woman (Demi Moore) who has been selected for jury duty in a mafia trialIn this thriller written by David Mamet, Baldwin plays a photographer who gets stranded in the Alaskan wilderness with a billionaire (Anthony Hopkins)

In some scenes, Baldwin carries a Winchester rifle